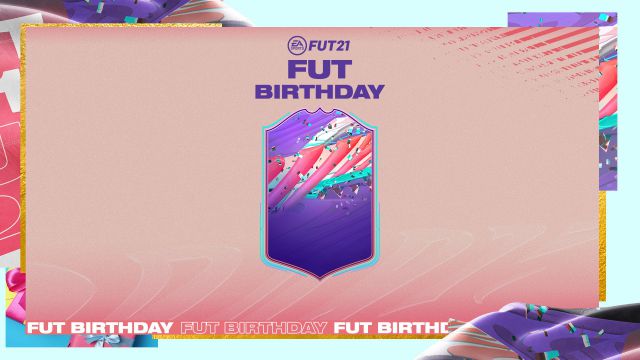 We tell you everything we know about the FUT Birthday promotion in FIFA 21. We already know the start date and the design of its cards on PS5, PS4, Xbox and PC.

FIFA 21 is heading for its most special promotion: FUT Birthday is a reality. Ultimate Team’s birthday is coming to EA Sports on March 26 at 7:00 p.m. CET. From that moment on, a series of cards will be opened for a limited time that will celebrate all these years, in which it has become the star game mode of the saga.

FUT Birthday in FIFA 21: everything we know

As you can see in the tweet below these lines, the company has already announced what the designs of these cards will be like. The confetti is not lacking in a series of which no pasta has yet transpired, not even the nationality or the position of the most outstanding players.

When you enter Ultimate Team, the new design will appear on the loading screen. The chosen players are usually the most prominent names in recent years; Without going any further, in FIFA 17 Fernando Torres and David Villa appeared among the initial squad. It is a mystery so far who will appear.

We will learn more clues about the promotion on this March 25 at 19:00 CET. As always, EA Sports chooses the loading screen to point to the first data that we will know in all its glory once it starts. We remind you that FUT Birthday will begin on March 26 at 19:00 CET on PS5, PS4, Xbox Series X | S, Xbox One and PC.

Looking at the topicality of the game, its current squad challenges point to the new Flashback card. Javier Hernández “Chicharito”, a member of the Los Angeles Galaxy, receives a statistical boost from him as the North Americans’ striker. Nor can we forget about Makélélé Icon Moments, one of the most valuable cards that will remain in the SBC until May. Learn how to complete your goals at this link.

Huge anime attack is coming from Netflix in 2021