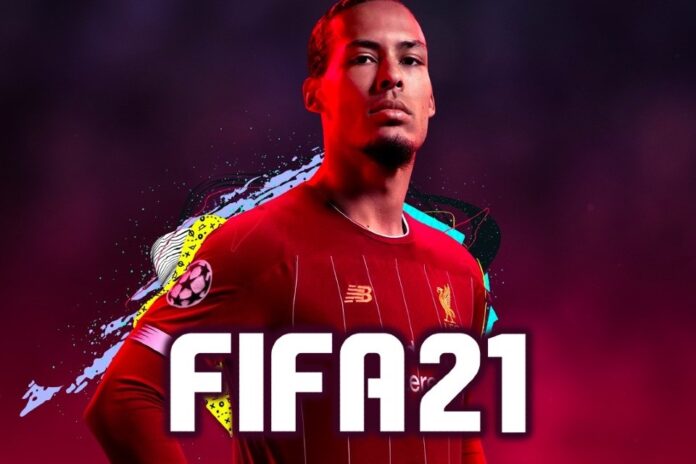 The premiere of FIFA 21 is imminent and with it not only are FUT and Volta returning. So does the legendary career mode with many new features. We recommend 7 teams with great potential to take them to glory.

We are living in an exceptional moment in the history of football. COVID-19 has transformed everything and the world has stopped without Mafalda having to ask for it – rest in peace, Quino. Customs as ingrained as going to the stadium on Sunday, welcoming the team in droves and hugging the next door to celebrate a goal are now impossible luxuries. The room has become a stadium, Twitter on the outskirts of the field and a WhatsApp message in the closest thing to an effusive celebration. In times of empty stands, it is clear that football has changed.

But there are also things that never will. The fascination of the boy who wears his idol’s shirt and watches him do a dribble. The passion with which one screams when the ball goes in. The satisfaction that comes from seeing —even by video call— that coworker who encourages the eternal rival. And, of course, the launch of a new installment of FIFA.

FIFA 21 arrives a little later to its appointment, but loaded with arguments to show that for EA Sports nothing has changed and they are still the kings of virtual football. His debut is imminent and with him the everlasting career mode returns, stoically resisting the stakes of FUT and Volta. One more year, the coach that we all have inside will have the opportunity to lead a modest to glory or consolidate a great one based on signings and goals. To make choosing among the more than 700 teams in FIFA 21 a bit easier, we bring you a new list with 7 teams of all kinds around which to forge a legend. All of them, in addition, are accompanied by some tips to make the trip more realistic and fun enough not to abandon it after a couple of seasons.

One of the most common and fun challenges for FIFA career mode is the one that immerses us in the renewal of a great fallen. A team with full showcases, but with some dust on the trophies they keep. AC Milan is a classic in that sense and has been a first choice for this kind of challenge for years. However, in recent years the fall of another giant has been brewing: FC Barcelona. Referents during the years with Guardiola in command, little or nothing remains of that team that amazed the world. And what’s left has aged around 10 years. Any culé with some common sense – namely, that does not support Bartomeu -, will recognize that Barça needs a much deeper renovation than the one it has undertaken this summer. A few new faces and a few goodbyes are not enough to restructure a shattered team after the 2-8 at Bayern Munich. That’s where you come in.

You will not lack work if you choose the Blaugrana for the career mode of FIFA 21. Relieving Piqué, Jordi Alba, Busquets and —before or after— Messi will force you to prove your skills as a scout. And replacing heavyweights like Luis Suárez and Rakitic will not be easy either. But this is what career mode is for. In order to once again dazzle the world with the Barça style, we recommend you go beyond signing the usual clone promises. Play combinatorial football, defend the 4-3-3 with open ends and bet on La Masía through Riqui Puig, Ansu Fati and escaped talents such as Thiago and Eric García. And if you are nostalgic for that wonderful Pep Team, try to emulate him with a French winger reminiscent of Henry, a Cameroonian forward with the claw of Eto’o or a Spanish center-back with the heart of Puyol. What if you force yourself to use to line up at least 80% of the youth players and win the treble in the first three seasons? Although it is far from a Camp Nou exclusive to PES, resuscitating Barça from total football with these guidelines is one of the most beautiful challenges in FIFA 21.

The play-offs for promotion to LaLiga Smartbank brought great joy to the fans of CD Castellón, a history of our football. Even Enrique Ballester smiles a little more from time to time. Although Castalia still hasn’t been able to show off one of his famous fillers in this return to professional soccer, he can still star in your next career mode after a decade of absence from EA’s soccer simulator. Choosing the orelluts is opting for a road to glory – going from the last divisions to rubbing shoulders with the greats – more affordable and well-known than opting for the typical team of the last English category. Low budget, modest players and a wide margin to build a success story are the attractions of a career mode in which the figure of the coach is vital.

Especially if you set yourself certain challenges that match the situation and philosophy of Castellón. For example, not exceed a certain amount. It gives in each signing, put a clause on all players -as is common in Spain-, stick to the signings recommended by scouts, keep the block that got the promotion … Nothing to request financial support at the beginning or to consult websites like SoFIFA to sign the next Kylian Mbappé. From there, a reasonable goal could be to move up to First in less than three seasons. You can achieve much more on a difficulty that you master, but we recommend choosing one that makes you sweat. After all, this is how you win in Castalia. And this is how you should guide Castellón towards achieving their first title at the highest level.

The Barrow Association Football Club will be making its first FIFA appearance this season. After winning the National League last year, the Cumbrians rose to English Football League Two and are running as one of the most challenging teams for career mode. To bet on them is to do it for the most hardcore and purist road to glory: tiny budget, amateur players and a long way to rub shoulders with the greats of English football. Few sets will make it more difficult for you than the Barrow; his best player barely reaches 65 average rating.

The idea behind this suggestion is very similar to that of CD Castellón, but hyperbolized. Moving up to the top flight will mean three seasons at best, and you’ll almost always face teams with a lot more budget and level. A good way to give this path even more interest is to bet on young British players, never over 23 years old. Taking on the role of a sales team and switching to the middle of the team between season and season can be another way to add to the fun. And choosing a starting player to act as captain and who you will never sell even if you are fighting for the Champions League will make you always remember this arduous journey.

A big one in the making: Wolverhampton

Wolverhampton Wanderers Football Club, Wolves for friends, is a recurring team on these types of lists. The youth of their squad, their budgetary solvency and the status they have acquired in recent seasons make considering the assault on the Premier League with them very attractive. Especially after his last season: seventh in the league and semifinalists in the Europa League – the second best position to aspire to if Sevilla participate in the competition. This year is the perfect time to take a step forward and aspire to win a title. But not in any way.

One of the most characteristic hallmarks of Wolves is the large number of Portuguese players on the payroll. Something even more noticeable this year after the signatures of Fabio Silva, Vitor Ferreira and Nélson Semedo. With Nuno Espírito Santo, it happens as with the unusual number of Zelda fans in the MeriStation newsroom; the boss always sweeps home. With that in mind, you can set out to win the Premier League in three seasons and the Champions League after five years with at least 7 Portuguese players in your starting eleven. Sign up candidates like Dalot and Leite or recruit them from your quarry. Likewise, use a formation with three or five defenders – using two lanes – in which the speed per band has a lot of prominence. Enjoy Adama Traoré, come on. Always on the attack, signing fast youngsters and with dizzying football. You won’t regret joining the Wolves pack.

How Much Bitcoin (BTC) Has SkyBridge Capital Invested

$250 emergency aid must be approved this week