In addition, its practical way of implementation has caught the attention of developers, such as the director of operations at Exor Studios, Pawel Lekki, who is currently working on The Riftbreaker. The cross-platform title was announced for Playstation 5, Xbox Series X, PC, as well as for past generation consoles.

According to the developer, the FSR took just two days to implement in the project and allowed the team to work longer on its optimization within the game system, which took a total period of a week — a quick deadline by standards of the industry.

Lekki celebrates the practicality and result of FidelityFX Super Resolution: “regardless of the platform, we can provide the same technology, we don’t have to customize it by vendor, it just works,” says the developer.

In this context, the Linus Tech Tips YouTube channel carried out a series of tests to see the benefits of FidelityFX Super Resolution in practice. The evaluation featured AMD’s RX 6800XT graphics card and challenged the technology’s potential in The Riftbreaker, Anno 1800, Kingshunt, Terminator: Resistance and Godfall games — the latter being the main benchmark for comparisons.

The results were promising, even considering that the FSR is still in its initial phase and will receive improvements in the future. In most games, it was observed a big increase in performance with little cost in graphic quality, save for small artifacts that can go unnoticed according to each title. Still, the technology offers an experience superior to native resolution in terms of performance.

In Godfall, for example, there is a 44% increase in frame rate with the “Ultra Quality” setting and up to 133% in “Performance” mode, with all graphics capabilities at maximum, seeking to simulate the native 4K resolution. The cost-effectiveness of the FSR is very attractive in this case, with few artifacts and great visual quality.

Which video cards are supported?

FidelityFX Super Resolution is now available on PC for users with the following lines of video cards: 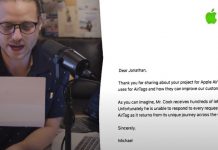 iPhone new battery management feature is on its way