Home Tech Fiat’s Concept Introduced as the Car of the Future in 1999: Fiat... 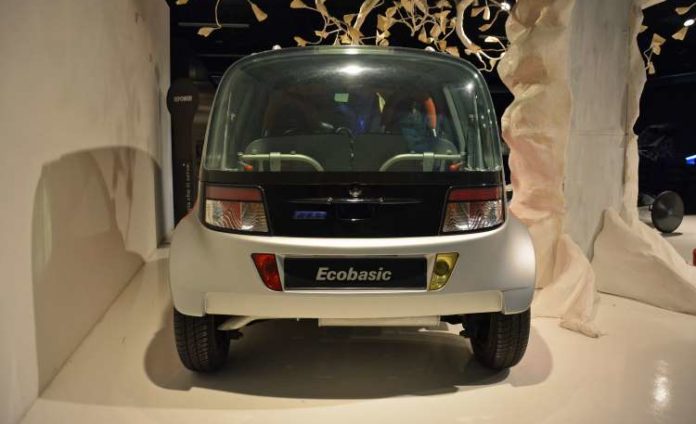 With the Ecobasic concept it exhibited in 1999, Fiat was promising an affordable and environmentally friendly solution in city cars. Although the concept did not come to life, it inspired the future of the brand.

Today, automobile manufacturers come up with futuristic automobile designs that point to the technologies of the future from time to time. However, Fiat introduced an innovative econobox design with Ecobasic, which was designed as cheap and environmentally friendly in the late 1990s.

Fiat exhibited Ecobasic at the Bologna auto show 21 years ago and then showed it again in Geneva the next year. The compact and distinctive appearance of the car attracted attention. When looked closely, there was a transparent panel on the front of the vehicle that allowed users to add oil, coolant, wiper fluid, or upgrade the battery.

The Fiat Ecobasic concept was designed to be economical and environmentally friendly
Reducing production costs was a priority at Fiat Ecobasic. That’s why Fiat used colored plastic body panels in the production process and installed these panels in a steel structure, just like Smart For Two. In addition, the parts of the car were designed to be recycled later.

Under the protruding bonnet of the central part of Ecobasic was a specially developed 1.2-liter four-cylinder turbo diesel engine. The Multijet technology, which promised to improve fuel consumption without sacrificing power, was also included in the vehicle.

The car produced 61 horsepower at 3,500 rpm and 160 Nm of torque at 1,800 rpm, and these figures were reasonable for a city car in the late 1990s. Ootomobil could accelerate from 0 to 100 km / h in 13 seconds. It could also travel about 30 kilometers with 1 liter of fuel. As an interesting detail, the speed and fuel gauge was placed in the center of the dashboard, instead of the front of the steering wheel.

Fiat suggested that it could produce 200,000 Ecobasic per year and sell each for about 5,000 euros, but managers later stepped back. Although the Ecobasic remains in the concept phase, some of the innovations it offers were used in cars. It would be a pity to completely eliminate a car, which already cost 5 million euros to develop.

The overall design of the car was almost never used. Although it was thought to be used in second generation models such as Panda and Seicento in the early 2000s, it did not. Ecobasic ultimately inspired the modern Fiat 500 sold across Europe in 2020.

Tesla Autopilot Sees A Motorcyclist Before The Driver And Put It...