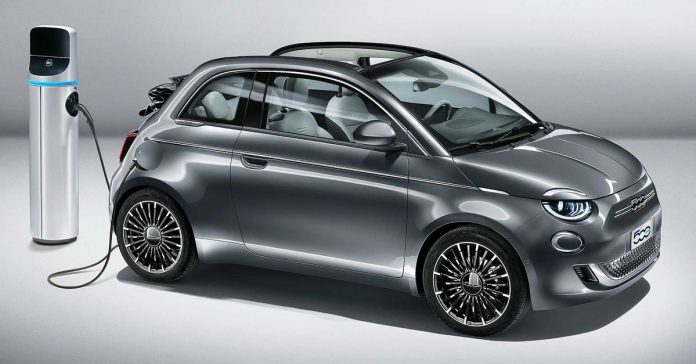 Fiat plans to build its entire portfolio from electric car options for the upcoming period. The company, which will completely abandon internal combustion engines by 2025, has also announced its roadmap for electric car conversion. The company announced that it will also produce an all-electric version of the iconic city car Fiat 500.

Announced last March, the Fiat 500 can be considered a sharp turnaround compared to the previously introduced Fiat 500e. Sergio Marchionne, Fiat’s former finance chief and later CEO, said that each 500e sold cost the company $14,000 and he did not want the car to be sold a lot.

This time, however, Fiat’s plans seem more solid. The new Fiat 500 will be presented to users with features such as a range of 320 kilometers, 85 kW fast charging and a price of 29 thousand pounds. No petrol or diesel versions of the car will be made either.

Fiat CEO Olivier François evaluated his company’s new plans with these words: “It is our duty to produce electric cars that are not more expensive than petrol cars. These prices should match the falling battery prices. We explore the field of sustainable mobility for all. This is our most amazing project. Between 2025 and 2030, our portfolio will gradually become purely electrified. This will be a radical change for Fiat.”

Compared to the 500e, the new electric Fiat 500 draws a much better portfolio of electric cars. The range of the discontinued Fiat 500e was only 140 kilometers.

Fiat isn’t the only major automaker preparing for a comprehensive electric transformation. Jaguar also announced that it will only release electric cars from 2025. For manufacturers such as Ford and General Motors, this process will take a little longer.

Neeson may be at the launch of Run the Police Come...