Home Entertainment FF7 Rebirth: Characters that are likely to be playable 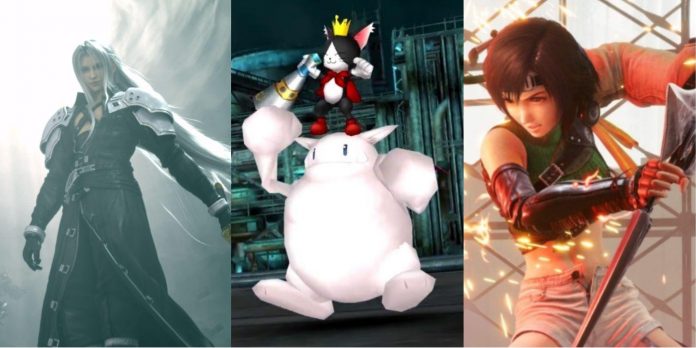 Square Enix has revealed that the next entry in the Final Fantasy VII Remake series will be called Final Fantasy 7 Rebirth and that it will be the second game of a planned trilogy. The first game only covered an extended version of the Midgar section from FF7, which meant that several of the playable characters from FF7 have yet to appear in the story. That should change in FF7 Rebirth, as the developers have the chance to introduce the missing characters, as well as bring in some new ones.

In FF7 Remake, the player could control Cloud, Barret, Tifa, and Aerith in combat, with Yuffie being playable in the INTERmission DLC of FF7 Remake Intergrade. This means that three of the party members from FF7 have yet to be playable in the series. The fact that FF7 Remake isn’t a true remake means that the developers are free to introduce new playable characters into the mix. Biggs from Avalanche survived the events of FF7 Remake, so he could appear as a party member in future games, even if it’s just temporary. It’s also possible that characters from the Compilation of Final Fantasy VII could be playable, such as the Turks from Before Crisis, who are currently hiding from the Shinra Electric Power Company but could make a surprise return.

Related: Where FF7 Remake Part 2’s Story Has To End

FF7 Rebirth is set to launch at the end of 2023, but fans already have some information about the game. The Aerith and Tifa prequel novel and the first trailer for the game have given fans a hint at what’s to come, which includes the future progression of the story. FF7 Rebirth isn’t tied to the story of the original FF7, but it is tied to nostalgia, and these characters will almost certainly be playable unless the story decides to go in a completely unrecognizable direction.

Red XIII & Yuffie Are All But Guaranteed Playable In FF7 Rebirth

The two safest bets in terms of new playable characters in FF7 Rebirth are Red XIII and Yuffie. Red XIII was playable during the Midgar section of the original FF7, but the fact that he was introduced so late in the story of FF7 Remake meant that the developers relegated him to NPC party member status, controlled by the computer during battle. Red XIII was given a chance to shine, as part of the new level of the Shinra Headquarters buildings was dedicated to making him useful to the group, but he was still cruelly robbed of a main character slot. Now that he’s part of the party, he should be made playable in FF7 Rebirth.

Yuffie starred in the INTERmission DLC for FF7 Remake Intergrade, which means that a lot of the work designing her character and fighting style is complete. The ending of INTERmission also confirmed that she’s not far from Cloud’s group, as she is seen riding a chocobo through the wilderness outside of Midgar. In FF7, Yuffie can first be encountered after the Mythril Mines dungeon, and it’s likely that this will also happen in FF7 Rebirth, except that the encounter is now mandatory.

Sephiroth May Be Playable In FF7 Rebirth During The Kalm Flashback

Sephiroth was briefly a party member during the Kalm flashback in FF7, but the player had no control over his actions. They just got to watch, as Sephiroth annihilated everything in his path. The first trailer for FF7 Rebirth confirmed that the Kalm flashback is happening.

During the trailer, Cloud and Sephiroth are seen walking together near Mt. Nibel, with the player controlling Cloud’s actions. This is the perfect opportunity to make Sephiroth a playable character, especially as his moveset has increased over the years, thanks to the Compilation of Final Fantasy VII and the Dissidia games.

Cait Sith Could Be A Party Member In FF7 Rebirth

If the story of FF7 Rebirth continues the story of FF7, then the next confirmed party member should be Cait Sith. He will join the party once they enter the Gold Saucer and he plays a major role in the Temple of the Ancients dungeon, which will likely also appear in FF7 Rebirth. Cait Sith did actually appear in FF7 Remake, as he’s briefly seen in the cutscene that shows the destruction of the Sector 7 Plate, so he will have a place in the remake series. Fans can only hope that FF7 Rebirth finally strips him of the annoying Scottish accent he had in his voiced appearances in the Compilation of Final Fantasy VII.

Tetsuya Nomura has confirmed the locations of Cid and Vincent in FF7 Remake. They are still where they were in the original game, which means that Vincent is still in his coffin in the basement of the Shinra Mansion, while Cid is still working in Rocket Town. It’s highly likely that they will both be playable in FF7 Rebirth, as they are two of the party members from the original game, and they’re close enough in the story that they should be reachable before the end of the game. This isn’t set in stone, as neither character has appeared so far in the FF7 Remake series, and the diverging storyline means that their appearance could be pushed back to the third game. It’s still a safe bet that they will be playable in FF7 Rebirth, but not as safe as the other FF7 party members.

The ending of the INTERmission DLC confirmed that Zack Fair, or rather, a version of Zack Fair, is still alive in the FF7 Remake timeline. He was last seen heading towards the Sector 5 church, in search of Aerith, but she had already left Midgar with the rest of the group. Zack isn’t that far from the group and he was featured prominently in the FF7 Rebirth trailer, so it’s possible that he could become a playable character in the game. Fans will also have a chance to familiarize themselves with Zack’s combat style and his Digital Mind Wave power in battle, as Crisis Core Reunion is bringing his game to modern consoles. It’s unclear what Zack’s role will be in Final Fantasy 7 Rebirth, but Nomura probably isn’t going to ignore the chance to let Zack be playable again.

Pokemon Scarlet and Violet have autobattles