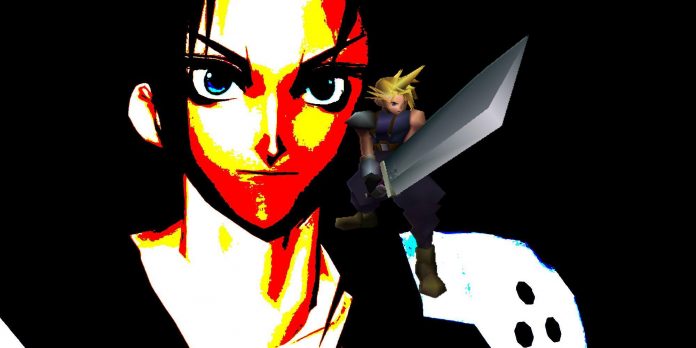 There was a lot of cut-out content in Final Fantasy VII, but the most interesting scene that was implemented in the game and then deleted was the first scheduled meeting with Sephiroth. The intention was to imagine Sephiroth in an anxious dream during the first hour of the game, but this moment was cut out of the final product. Fans were able to find this scene and translate it into English, revealing a creepy idea taken from the original FF7.

The cut-out content in FF7 varies from dialogues to quests and even some locations. The game has also undergone many changes during development: Sephiroth has been redesigned in terms of its appearance and motivation. The idea for Sephiroth was that he was addicted to Mako as a drug, was Aeris’ brother and Aeris’ lover. Sephiroth was unlike any other villain that came before him, as Nintendo’s limited memory and hardware power meant Squaresoft struggled to tell the stories they wanted. The power of the original PlayStation allowed the company to give its all, perhaps that’s why Sephiroth is so warmly remembered by those who experienced his anger in 1997.

FF7 fakes the villain at the beginning of the game. Initially, the game focuses on the Shinra leaders as villains, as they use Mako reactors to literally deplete life in the world. The slow death promised by the Shinra electric power company is soon replaced by a quick one, as Sephiroth threatens to wipe out all life with the help of Black Matter, shifting the center of history to himself. Sephiroth was a crucial element of FF7, and its presentation to the player was changed during the development of the game.

How the original FF7 coped with the debut of Sephiroth

Sephiroth may be the FF7 villain, but the player doesn’t catch a glimpse of him until the group leaves Midgar. The villain at the opening of FF7 is the Shinra electric power company, and Sephiroth is mentioned only in passing. Sephiroth does not play a significant role in the story until he kills President Shinra, leaving a copy of Masamune behind. This signals to Cloud that Sephiroth has returned, prompting him and his allies to leave Midgar to hunt him. As soon as the group leaves Midgar and reaches Kalm, Cloud tells the story of Sephiroth’s last mission in Nibelheim, where he is first seen, and his incredible strength is revealed when he cuts up high-level monsters with one attack. The “INTERmission” DLC ending in “Intergrade” confirms that the group has just reached Kalm in the new timeline, so the memory of Sephiroth should appear at the beginning of “FF7 Rebirth”.

The “Midgar” section in FF7 contains a lot of unused content, including in the Honey Bee Tavern, which has several additional rooms with materials that could be considered inappropriate. This cut-out content was discovered in the original Japanese version of FF7, which is notable for its bugs and the fact that it lacked content from the international version, such as the longer Supernova animation and three weapon bosses. TheLifestream.net documented the moments that were cut from FF7 during development, and in the early stages of the game there are some really strange scenes that remained unused and were later removed from the international release.

One of the cut scenes is related to how the player sees Sephiroth for the first time. Instead of being introduced during Kalma’s flashbacks: Sephiroth was supposed to appear after the first bombing. The original plan was for Cloud to join Tifa at the Avalanche base, which they access using a pinball machine as an elevator. As they descend, Cloud suddenly has a hallucination in which he runs through a dark and endless void, shouting Tifa’s name while creepy music plays in the background. Suddenly, a giant Sephiroth comes out of the darkness and cuts Cloud. The scene then cuts to the actual first moment Sephiroth appears in the main game, where he rides in the back of a van with Cloud. They talk about how Matter is created, while a creepy dark filter is superimposed on the screen, hiding Sephiroth’s face. Cloud then wakes up with the faces of the Avalanche members above him as he lost consciousness while taking the elevator.

This scene is bizarre, but it’s probably for the best that it was cut. The new player will have no idea what’s going on at this point, and it’s too early to hint at Sephiroth, as the game still presents the Shinra Electric Power Company as the villains. The gradual preparation for the appearance of Sephiroth in FF7 was done masterfully, and it’s good that this scene was cut from the game. It is worth noting that there was a similar scene in the game.

What does the song from the “Guardians of the Galaxy 3”...