Home Tech Ferrari Has Been The Most Valuable Car Brand Of The World For... 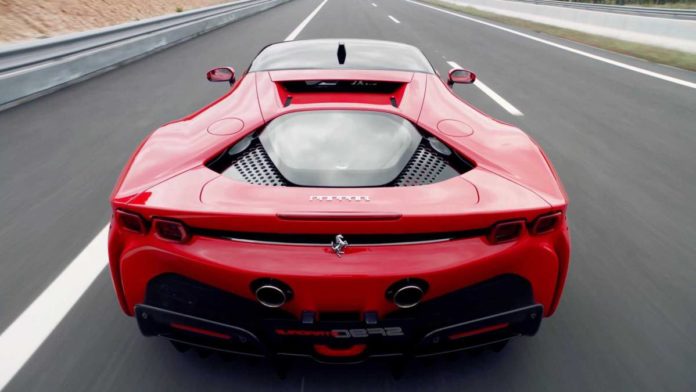 The most valuable car brand in the world became Ferrari for the second time in a row. According to data released by Brand Finance, Ferrari’s brand value increased by 9 percent compared to last year and reached $ 9.1 billion.

Brand Finance, an independent brand evaluation agency, recently announced the result of its research to identify the 500 most valuable brands in the world. Within the scope of the research conducted according to the financial strength of the companies, the world’s most valuable brand was Amazon, an e-commerce platform. Brand Finance announced Amazon’s brand value at $ 220.8 billion.

Ferrari’s brand value of $ 9.1 billion
Brand Finance gives Ferrari 94.1 out of 100 based on the Brand Strength Index. This score means that Ferrari’s brand rating is “AAA +”. In all sectors, a total of 12 companies manage to receive AAA +, and Ferrari manages to be above 11 other companies with 94.1 points.

Ferrari’s score from the Brand Strength Index of 2019 was 94.8. In the data released by Brand Finance last year, only 14 companies succeeded in receiving AAA +, and Ferrari left behind all other companies that received AAA + last year. During the past year, Ferrari’s brand value increased by 9 percent to $ 9.1 billion.

New models of the company, of course, lie under Ferrari’s success in doing so and maintaining its position over the past 1 year. Ferrari, which has launched 5 different models in total, including two models such as SF90 Stradale and Roma, managed to impress everyone. Not only that, the company also signed with Giorgio Armani Group last year and started to produce products such as accessories and t-shirts for consumers.

Making a statement about Ferrari’s success, David Haigh, CEO of Brand Finance, stated that Ferrari was appreciated worldwide and that the company was an embodiment of luxury. According to Haigh, many people never get the money they need to have Ferrari, but regardless of Ferrari, they have both great interest and respect.