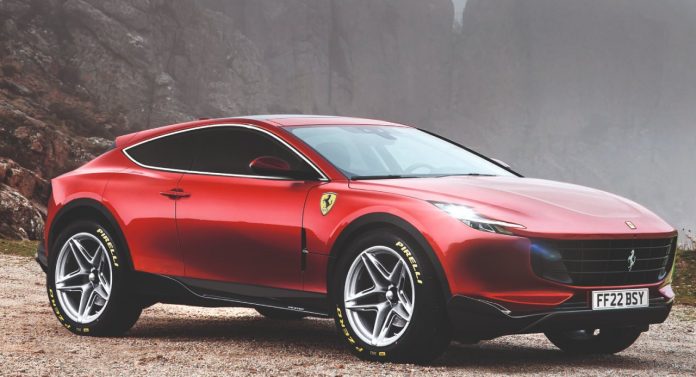 A new report has been published about Ferrari, which comes to the fore with leaked SUV images. According to the published report, Ferrari will launch the F244 and F245 models soon.

Ferrari is on the agenda with 2 different SUV models: F244 and F245

The SUV models the company is working on will be released with the code F244 and F245. Due to Ferrari’s low production capacity, it will appear with a maximum of 2 different SUV options.

The report states that the SUV models that the company will produce will be larger than the Porsche Macan model and smaller than the BMW X7 model. In addition, the future of the models to be produced with Hybrid options is included in the report.

It is said that Ferrari will come up with powerful engines in SUV models to outperform competitors such as Aston Martin DBX and Porsche Cayenne.

Ferrari, which will use its FF and GTC4Lusso experiences in new SUV models, will shape its new model according to use on asphalt. For this reason, drivers who want to experience off-road experience may be disappointed.

Dangerous fire in the area where Chernobyl nuclear power plant is...