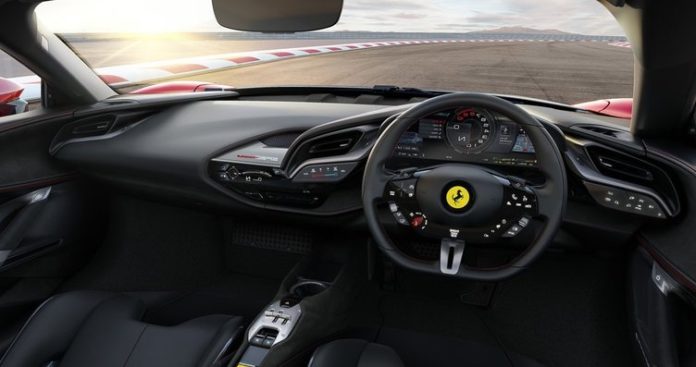 Ferrari, one of the world’s most popular supercar makers, has released an impressive video that shows the production process of the first plug-in hybrid model SF90 Stradale. The vehicle, which can be charged by plugging it into an external electrical source, has a total power of 986 horsepower.

SF90 Stradale, the first plug-in hybrid model in Ferrari’s 73-year history, will lead other vehicles that the Italian giant will produce. The enormous power of the supercar comes from two different sources, the 4.0-liter twin-turbocharged V8 and three electric motors.

Only the V8 engine has a full 769 horsepower. Electric motors add 217 horsepower to this value. This allows the vehicle to achieve a total of 986 horsepower and 590 lb-ft of torque. Considering that the recently retired light hybrid engine LaFerrari has 950 horsepower and 664 lb-ft of torque, we can easily say that the Italian giant has set the bar one click higher.

Ferrari reveals the production process of the new artwork SF90 Stradale at the Maranello factory with the video published on the official YouTube channel. In the 10-minute video, which has dazzling images, you follow the building process step by step. There are many interesting things you can see, including body production, mechanical parts, paint shop and virtual reality testing center.

Ferrari SF90 Stradale, which can be recharged by plugging into an external electrical source, was a mass production model, unlike LaFerrari with light hybrid engine. In other words, there is no production limit in the vehicle. With a top speed of 340 kilometers, the supercar travels from 0 to 100 kilometers in just 2.5 seconds.

So, how much price do people need to review the new super car of the Italian brand? Let’s answer without extension: About $ 625,000. Ferrari, which has opened the doors of the plug-in hybrid world with SF90 Stradale, aims to produce many more vehicles in this segment in the future.

It was discovered that our brain was washed from head to...

What is ‘Rainbow: Six’? Understand the meaning and history of the...

Cameras in games to control who wears a mask

Jin and his rainbow hair, which one do you like the...