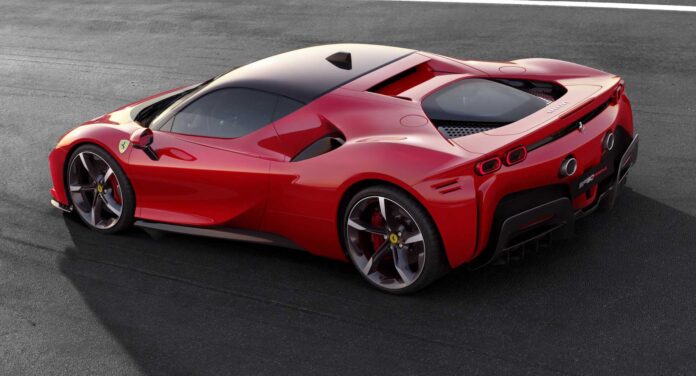 Ferrari finally released the short film he released his promotional trailer last month and competed on the streets of Monaco streets of SF90 Stradale. The short film, which is 6 minutes long, shows the car racing at full speed on the F1 route.

Italian car giant Ferrari shared a trailer from the video he took with his new supercar Ferrari SF90 Stradale last month. In the trailer, Ferrari’s SF90 Stradale roamed quickly through the empty streets of Monaco, where races had been held for nearly 90 years.

The F1 Monaco Grand Prix, which will be held in Monaco this year, was canceled for the first time in 66 years due to coronavirus. But Ferrari still wanted to celebrate this event somehow. The company called the second pilot of the Scuderia Ferrari F1 team, Charles Leclerc, and French film director Claude Lelouch to a project.

The short film was released:

Shooting of the short film started on May 24, the date when the F1 Monaco Grand Prix would normally be held. The 17-member film crew worked with all their strengths to reflect all the power of the Ferrari SF90 Stradale on the screen. Charles driving Ferrari in the streets of his hometown, Charles took a few people, including Prince Albert, on his way.

Monaco streets were already closed to traffic because of the coronavirus. Therefore, the work of the film crew was more comfortable in this regard. As a result of these events, only the buzz of Ferrari SF90 Stradale was heard in Monaco streets instead of the humming of F1 vehicles.

Although the short film, published by Ferrari, reflects the SF90 Stradale’s journey on the road and the driving of Charles Leclerc very well, the short film seems too dull in terms of subject and meaning. Because, what the characters in the short film do and cannot be explained in any way.

TikTok Explained How It Provides Different Streams For Each User