Home Entertainment Ferrari eSports Series 2021, who will be the Ferrari driver? 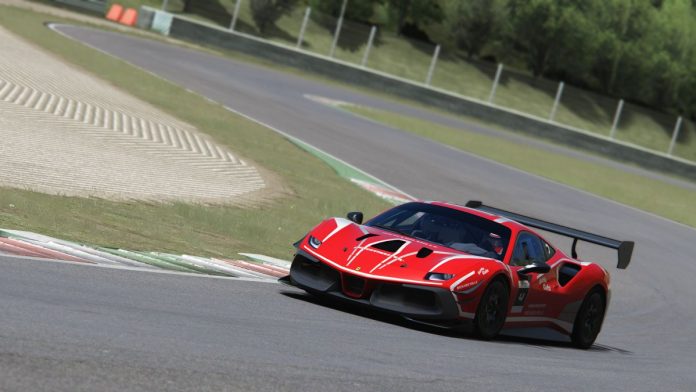 After the first edition, with more than 20,000 participants, this year there will be a new opportunity to join the Ferrari Driver Academy Esports Team.

Ferrari has announced that the 2021 Ferrari Esports Series event will begin this April, while registrations to participate are now open to everyone. The 2021 season erupts after a successful scenario in 2020, when more than 20,000 aspiring European drivers registered to become Ferrari Driver Academy Esports Team driver in Maranello, Italy.

Last year, the winner turned out to be 21-year-old Italian driver Giovanni Da Salvo, who was victorious in a tournament whose final was really close. The 2021 tournament will feature the video game Assetto Corsa, by Kunos Simulazioni and will be based on the use of four of Ferrari’s real vehicles, including two that will be available only to drivers registered for the competition that concerns us: The Ferrari 488 Challenge Evo and the Ferrari 488 GT3 Evo.

The winner will have the opportunity to become an official esports racing driver and join the Ferrari Driver Academy Esports Team at Ferrari headquarters in Maranello.

Those interested in registering can access this link from March 16 at 20:00. Registrations are open to all participants residing in Europe; also the UK.

The qualifying phase will begin with four fast lap races. The winners will advance to the qualifying races, which will run from April 5 to the end of July. From there the best 48 drivers will come out, who will qualify for the main competition of the Ferrari Esports Series, scheduled for the first of August until the end of November 2021.

Finally, the best 24 drivers will advance to the Grand Final, scheduled for mid-December with three races to decide who becomes the 2021 Ferrari Esports Series champion and, consequently, the Ferrari Driver Academy Esports Team driver.

Assetto Corsa is available on PS4, Xbox One, and PC; Also on Xbox Game Pass since last December for both console and Android devices.

Oscar 2021: know where to watch the nominated films