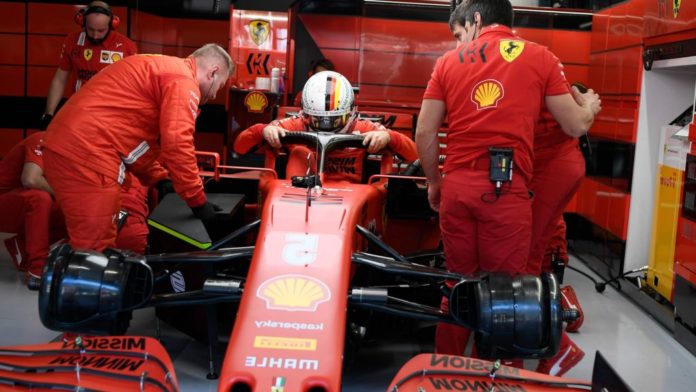 Italian-based automaker Ferrari has announced that it has closed the Formula 1 factory for at least 2 weeks due to the Corona virus. It is stated that some personnel will continue to work from home during the period when the factory remains closed.

Corona virus, which caused the cancellation of important events around the world such as Mobile World Congress MWC 2020 and Game Developers Conference GDC 2020, has also caused many giant companies to close their factories. At this point, Ferrari, which provides services in the automobile industry after technology giants such as LG and Samsung, announced that it has temporarily closed its factories.

In a statement made by the Italian-based luxury car manufacturer, it is stated that the Formula 1 factory as well as the road vehicles will stop its activities for at least two weeks. The company also announced that the employee health was observed in this decision and such a decision was made accordingly. On the other hand, it is said that some personnel will continue their work from home while the factory is closed.

Italy has become Europe’s Wuhan:
While life is slowly returning to normal in Wuhan, the zero point of the Corona virus, the effects of the epidemic in Europe continue to increase day by day. In this context, while many countries take measures such as travel restrictions, Italy, which is described as the Wuhan of Europe, is trying to fight an unstoppable increase in the epidemic.

In this context, while there are 156.400 confirmed virus cases worldwide, 21.157 of this number comes from Italy. Italy, which has been ahead of Iran and South Korea with the recently reported cases, is known for being the country where the most Corona virus was detected after China at this point.

On the other hand, the number of Corona virus cases detected in some countries where the virus occurs intensely is as follows:

Ryan Reynolds starring in his own battle royale video game

Satellite launched in 1964 will fall to Earth this Saturday

Why Avatar: The Last Airbender The Most-Watched Show On Netflix