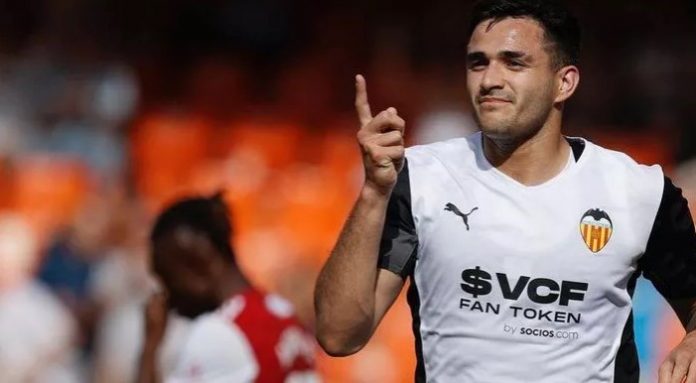 After the German press, the Italians also wrote that Maxi Gomez’s transfer to Fenerbahçe is a matter of time. It was stated that Bologna made an attempt for the 26-year-old striker, but Fenerbahce did not get results because it was at the signing stage.

Fenerbahce – Maxi Gomez claims have increased again in recent days. The previous day, Sky Germany wrote that the Yellow-Navy Blues increased their offer to Valencia and that they were in the favorite position in the transfer compared to Mönchengladbach. The last claim came from Italy. Accordingly, Bologna took action to add the Uruguayan player to their squad. However, the Bordeaux-Blues were disappointed in this attempt. Because, receiving the news that Valencia and Gomez were at the signing stage with the Yellow-Navy Blues, he returned from the negotiations empty-handed.

According to the news from the European media, it is only a matter of time before Maxi Gomez is transferred to Fenerbahçe. The fact that Jorge Jesus heard laudatory words about the Portuguese coach from Darwin Nunez, a former student from Benfica, was one of the important factors in the star football player’s preference for the Yellow-Navy Blues. Fenerbahçe is expected to complete this transfer for around 10 million Euros.

Rejection from Fenerbahce to Icardi

Wanda Nara, wife and manager of Mauro Icardi, came to Istanbul last week and held talks. It was stated that Nara sat at the table with Galatasaray and Fenerbahce. According to the news in Le10Sport, the Yellow Blues decided not to make an offer for the Argentine striker, whom PSG did not consider in the squad. It was noted that Fenerbahçe concentrated on Maxi Gomez and responded negatively to the Icardi proposal.