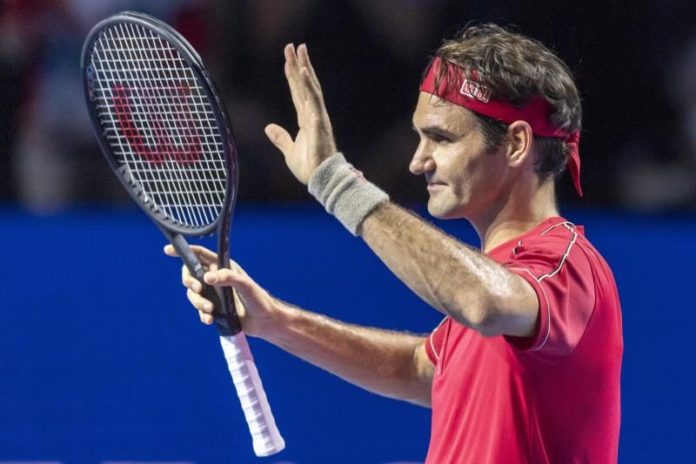 The Swiss Roger Federer, the first favorite, began capturing his tenth title in Basel, where he was once a ball catcher, defeating the German Peter Gojowczyk, from the previous phase, and 112 from the world, 6-2 and 6- 1 in just 53 minutes.

He will now face the winner of the match between Moldovan Radu Albot and Serbian Dusan Lajovic, whom he has always won. The 38-year-old Swiss defeated Albot in three sets in Miami this year at his first crossing and beat Lajovic at Wimbledon in 2017 and 2018.

Potentially, there may be a Swiss duel in the quarterfinals, between Federer and Stan Wawrink, seventh favorite, who comes to play the Antwerp final against Briton Andy Murray. Stan starts with the Uruguayan Pablo Cuevas

Federer can say that he feels at home in more ways than one in Basel, his hometown. Here he has already won 21 consecutive games and has reached the final in his last 12 appearances. The last time he lost to a player ranked outside the ‘Top 10’ in Basel was in 2003, when Ivan Ljubicic, who is now his coach, fell to No. 47 in the world.

The second favorite is the champion of the ATP Finals, the German Alexander Zverev, who is trying to score crucial points in the ATP Race to London. The German, currently in seventh place in the race, has just reached the Shanghai final, his best result in Masters 1,000 this year. Zverev will play against the American Taylor Fritz in the first round. EFE

In this tournament endowed with 2.08 million euros in prizes, the Spaniards Albert Ramos, who opens against the Greek Stefanos Tsitsipas, and Roberto Bautista, compete against the Romanian Marius Copil. Both debut this Tuesday. On Wednesday will Pablo Andujar, who will face Lithuanian Ricardas Berankis.

In addition, the Chilean Cristian Garín will be measured with the American Reilly Opelka and the Argentine Juan Ignacio Londero against the French Richard Gasquet.

Aya Nakamura and Maluma featuring on the remix of Djadja