Home Sport Federer beats Berrettini and aspires to the semifinals 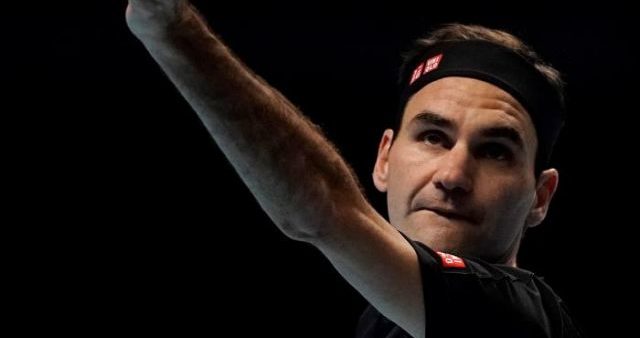 The Swiss Roger Federer recovered on Tuesday from his disastrous debut in the ATP Finals and cut the pace of Italian Matteo Berrettini, beat him 7-6 (2) and 6-3, and aspires to be in the semifinals.

His presence in the next round of the tournament will be resolved next Thursday against Serbian Novak Djokovic, who will play against Austrian Dominic Thiem, Executioner of Federer tonight.

The Swiss, in addition, strengthened his condition of number three of the classification of the ATP with 685 points of advantage over the Russian Daniil Medvedev, who this Wednesday will face the Spanish Rafael Nadal.

This Tuesday’s meeting was the second between Berrettini and Federer. The first one was played in the past Wimbledon. That day, in a crowded central court, the transalpine, a whole bunch of nerves, could only win five games to Federer.

Now Berrettini has more experience and the nerves of the debut in the O2 dissipated after falling with a crash before Djokovic.

For Berrettini it was almost impossible to get worse after the game against the Serbian and on Tuesday he improved, especially with the service, his best weapon. In just half an hour, he had already achieved the same number of games he achieved against Federer in Wimbledon and, after saving in the twelfth game the only breaking ball of the first set, he headed for a tiebreaker.

Then the sobriety of the six-time champion came out, to which precisely the playoffs and Wimbledon do not bring him good memories.

The helvetic inflicted him a 7-2 that made Berrettini bow his head and stop believing in himself.

In the second quarter, the Roman gave his serve to the first exchange and Federer, who won about 80% of points with the first service, accelerated towards a victory, in an hour and 18 minutes, which allows him to stay afloat at the tournament.

Now his most important obstacle will arrive in order to be in the semifinals. The stumble before Thiem has left him without room for maneuver and once Berrettini has passed, it is Djokovic’s turn.

It will be the 49th match between the two, the first since the famous Wimbledon final in which Federer wasted two match points.

In addition, it will be his seventh duel in the ATP Finals, with three victories for Djokovic, two for Federer and the withdrawal of the Swiss in 2014, when he was unable to submit to the final due to injury.