Home Sport Fede Valverde, the 21-year-old who has lifted the midfield of Real Madrid 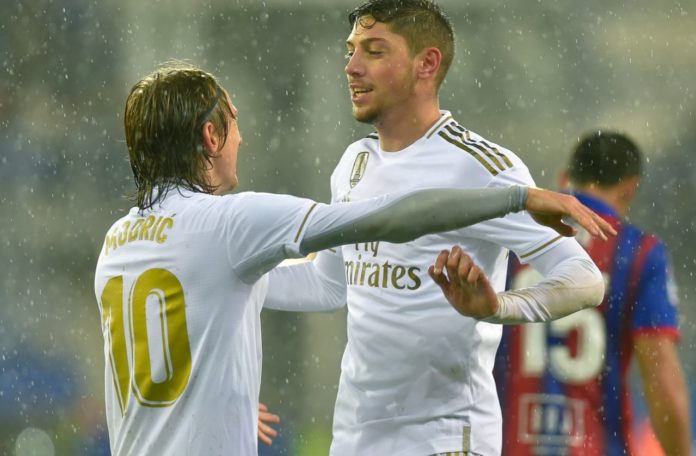 Can you be an essential 21-year-old footballer in a team full of stars? Federico Valverde has not hesitated a second to prove to the world that he is. The impact of the Uruguayan on the game and the result of Real Madrid since he settled in the XI of Zinedine Zidane has been so colossal, that the capital as a whole has not yet lost with him as a starter on the pitch. Thanks to a mixture of privileged physicist, defensive technique and deployment in rival field, Valverde has revolutionized the center of the Madrid field.

With a partial of 22 goals in favor, 2 against and 7 goals to zero accumulated with him on the field, the Franco-Algerian coach has found in the figure of Valverde that mixed midfielder who did not have before. It is not a result of chance, but of causality as a result of the various virtues that the charrúa has been deploying with the passing of the parties. With the ‘Little Bird’ in the field the points do not fly.

Toni Kroos: “Valverde? It’s always good. He’s a player who can play 15 years here, sure. Fede plays great. I think he’s only 19 years old or something. He gives everything in every training and in every game. I’m a fan of this player. ”

In the defensive phase, the Uruguayan is able to cover a lot of field, offer constant aid and release the pressure very high; something that allows Real Madrid to recover very high and shortly after losing it. In other words, it has contributed the energy that was so lacking to the center of the white field.

See Also
Kroos: "The result is the worst today"

The match against Granada was the fuse that lit the fire and since then has not stopped burning. From that moment on, the young white soccer player let go and showed that there was no other player in the squad with his ability to jump to press so well and so high on the rival field.

As you can see before Eibar as well, Federico Valverde is a machine to force errors and to anticipate when he jumps to press. It is not a matter of chance that the improvement of Toni Kroos, who has already shown admiration for Valverde, has been with him in the green. The charrúa covers a lot of playing field when he displays his portentous physique.

On the other hand, during the offensive phase it has greased the white structure. In addition to overcoming pressure lines with his stride and not losing many balls since he chooses the easiest option with assiduity, without him he is doing a lot of damage to rival defenses. The Uruguayan stretches, breaks the space and allows to gain height in the construction of the game.

These movements without the ball into space are completed with distraction for both ends (Hazard-Rodrygo), as it complements their actions, and with a second-line arrival that often surprises rivals. An aspect in which if Federico Valverde begins to grow as it seems he is doing it will make him score enough goals. Now Real Madrid charges the area with one more cash.

142-125. Davis scores 50 points and Lakers show off against Timberwolves