Home Crypto FED Chairman to Speak: How Will Gold and Bitcoin Be Affected? 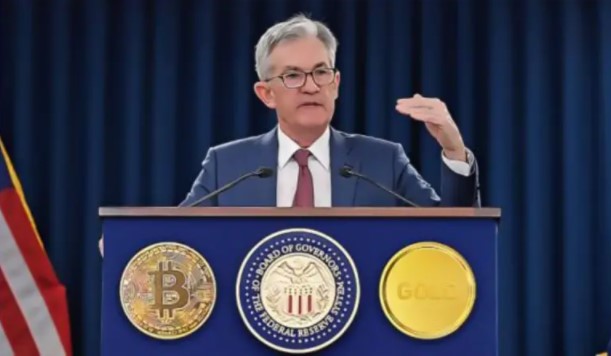 Fed Chairman Jerome Powell will speak today and all eyes will be on him. In terms of the Fed’s messages on monetary policy, the tone of Powell’s speech is considered very important for the crypto market, especially for gold and Bitcoin. After the rate hike last week, the Fed Chairman will deliver a speech at the Annual Economic Policy Conference organized by the National Association for Business Economics today at 7:00 pm.

Gold prices rose on Monday to offset some of last week’s losses as investors weigh the developments in the Russia-Ukraine war and the Federal Reserve’s next moves to help contain inflation. Chintan Karnani, research director at Insignia Consultants, comments:

Traders are trying to assess the economic impact of Ukraine in the second quarter and subsequent quarters. Hyperinflation and the possibility of stagflation are the reason why gold prices are trading above $1,900.

“We should expect more tolerance from central banks to higher inflation”

As we covered in Somanews news, last week the Fed posted a widely expected quarter-point gain, signaling a 10 to 11 total such increase by the end of 2023. Some Fed officials have argued for the possibility of raising interest rates by half a percentage point in the future, an option that Powell did not rule out. FxPro senior market analyst Alex Kuptsikevich interprets the impact on the markets as follows:

For short-term traders, gold lagged behind as markets tried to assess the impact of disrupted supply chains and the amount of shortages in raw materials and food. At the same time, medium-term traders should not lose sight of the fact that the current situation will not allow central banks to act adequately. As a result, the supply of fiat money will increase faster than the supply of commodities. In other words, we should expect greater tolerance from central banks to higher inflation.

Alex Kuptsikevich states that governments should also be expected to provide financial support to the economy, which means increasing the money supply and a higher public debt-to-GDP ratio.

Atlanta Fed President Raphael Bostic said on Monday that the goal of Fed monetary policy is to get the policy rate back to neutral as quickly as possible. It forecasts a total of six quarter-point gains this year and two more in 2024 to approach neutral.

As long as Jerome Powell says there will be further rate hikes anywhere between 5 and 6, the gold price will remain under selling pressure.

How will Bitcoin and altcoins be affected?

It has the potential to negatively impact the crypto market as rate hikes and the Fed’s hawkish stance dampen risk appetite. On the other hand, considering how sensitive the Fed will be to prevent recession while fighting inflation, it is a separate discussion topic. Analysts are also divided on this point. Those who think that the markets have digested a certain dose are waiting for a new bull trend, while the bears, who expect that their risk appetite will deteriorate further, are considering continuing their hibernation for a while.

The leading crypto Bitcoin has seen a surge of $ 1,000 in the last 24 hours and was trading at $ 41 thousand with a daily loss of 1% at the time of writing. Now, investors are focused on the messages Jerome Powell will give in his speech.

NFT Will Be Given To Young People With Covid-19 Vaccine! Here...

This altcoin on Binance exploded epic: That’s why!