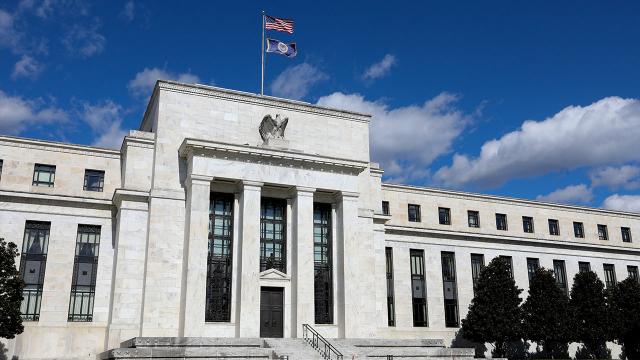 WASHINGTON, June 15 (Reuters) – The Federal Reserve raised its target interest rate by three-quarters of a percentage point on Wednesday to stem a devastating spike in inflation and forecast a slowdown in the economy and rising unemployment in the coming months.

The rate hike was the largest announced by the US central bank since 1994 and was made after the latest data showed little progress in the struggle to control a sharp jump in prices.

U.S. central bank officials have also flagged faster rate hikes, linking monetary policy more closely to the rapid shift in financial market views this week on what it will take to bring price pressures under control.

“Inflation remains elevated, reflecting the supply—demand imbalance associated with the pandemic, higher energy prices and broader price pressures,” the central bank’s Federal Open Market Committee, which sets policy, said in a statement at the end of its last two-day meeting in Washington. . “The Committee is firmly committed to returning inflation to its 2% target.”

The statement still mentions the war in Ukraine and China’s isolation policy as sources of additional inflationary pressure.

Fed Chairman Jerome Powell, speaking to reporters at a press conference after the decision, said that policymakers “have come to the conclusion” that they need to make more initial efforts to bring rates to a more neutral range faster. “Seventy-five basis points seemed like the right decision at that meeting, and we did.”

Moreover, Powell said an increase of either three-quarters of a point or half a point would “most likely” be a suitable outcome of the central bank’s next meeting at the end of July. However, Powell said he doesn’t expect a 75 basis point increase in Wednesday’s increase to be “routine.”

This action raised the short—term federal funds rate to a range of 1.50% to 1.75%, and Fed officials on average predicted that it would increase to 3.4% by the end of this year and to 3.8% in 2023 – a significant shift from forecasts in March, according to which the rate would rise to 1.9% this year.

The tightening of monetary policy was accompanied by a decrease in the Fed’s economic prospects, while the growth rate of the economy this year is currently slowing to below trend 1.7%, unemployment rose to 3.7% by the end of this year and continues to 4.1% by 2024.

Although none of the Fed’s policymakers predicted a direct recession, the range of economic growth forecasts approached zero in 2023, and the federal funds rate declined in 2024.

US stocks declined immediately after the publication of the statement and economic forecasts in an unstable trading environment. US Treasury bond yields rose, while the US dollar rose against a basket of currencies.

Interest rate futures markets also reflected an 85 percent chance that the Fed would repeat Wednesday’s 75 basis point hike at its next policy meeting in July. However, at the September meeting, there was a high probability – more than 50% – for an increase of 50 basis points.

“The Fed is ready to allow the unemployment rate to rise and risk a recession as a collateral damage to lower inflation. This is not a Volcker moment for Powell, given the scale of the increase, but it looks like a Mini-Me version of Volcker with this move,” said Brian Jacobsen, senior investment strategist at Allspring Global Investments. 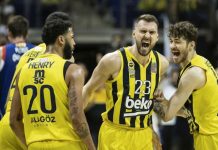