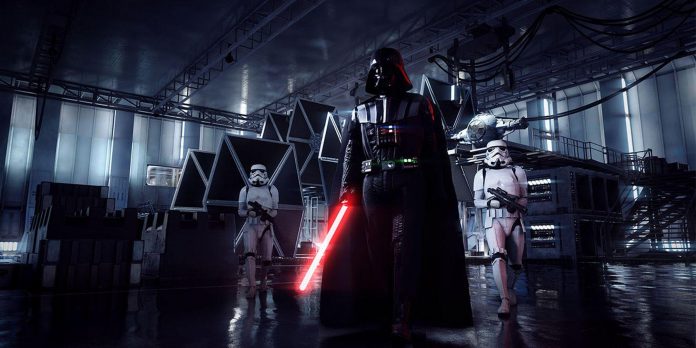 The launch of Star Wars Battlefront 2 was marred by controversy as DICE adopted a loot box system that was heavily tied to progress. The game was accused of being paid, and this caused a decent resonance in the gaming community. This was right after the 2015 reboot, which was criticized for its lack of content and depth compared to 2005’s Star Wars Battlefront 2. DICE’s foray into the Star Wars Battlefront brand was very bumpy, but Star Wars Battlefront 2 at least managed to recover and become a pretty good Star Wars game. If DICE or any other EA studio tried to do it again, they would have to make some big changes if they wanted to avoid the pitfalls of the previous installments.

The dream of many “Star Wars” fans is to wield a lightsaber and destroy enemies with destructive Force abilities. That’s why the Star Wars Battlefront series allows players to control some of the most iconic characters and fight against others. However, these heroes and villains are often accused of being too strong, and they can really spoil the impression for those who are stuck playing as an ordinary soldier. DICE also decided to make heroes based on points so that players would just sit and wait until they could take the hero for themselves, and the studio decided to remove any respawn recovery time.

Having these strong characters on the battlefield makes the game much more like Star Wars, but the entire system needs to be updated if the studio is going to try the franchise again. One of the best ways to do this is to imitate the characters in the 2005 issue. Although the game may be outdated, the way the heroes work is still much better than the DICE system.

In Star Wars Battlefront 2 2005, each team had only one hero, and each map had its own unique set of heroes. As soon as a player scored enough points, the game offered him to play for the hero, and if he rejected it, he moved on to the next player. This system would work very well in a newer game and would help prevent three or four different Force users in each team from controlling the battle. Accompany this with a decently long recovery time, and the heroes will feel much better in battle.

One of the biggest modes in Star Wars Battlefront 2 was the Capital Supremacy mode. In this mode, players fought on the ground and captured command points before heading to large ships to try to destroy them. Matches could last for hours, as the game brought players back to earth if the ship wasn’t destroyed, and it was a lot of fun. However, the main focus in this mode was on the “Clone Wars”. In the era of the Galactic Civil War, there was only the ground part of the regime, and in the era of the First Order there were only three maps. Capital Supremacy was one of the most popular modes in the game, and it needs to be expanded in another part.

The Clone Wars may be one of the most popular eras in Star Wars, but they shouldn’t be the focus of “Total Supremacy.” First, the Galactic Civil War should be part of the regime of large ships. For some reason, DICE decided not to let players fight on the Imperial Star Destroyer, and it was a missed opportunity. The Era of the First Order should also be given more maps, especially those dedicated to the Last Jedi and The Rise of Skywalker. “Star Wars” is vast, and this big mode shouldn’t give priority to “Clone Wars.”

Return to the old space battle

One thing DICE seems to be struggling with is space warfare in Star Wars Battlefront. Both games had a form of space combat, but it was only Starfighter Assault. This class-based space warfare mode is fun, but it can’t be compared to the classic Star Wars Battlefront 2 space gameplay. In this game, players controlled various ships and fought with an enemy cruiser. They could land inside an enemy cruiser and destroy it from the inside, or they could fight outside and try to break through the shields.

People Can Fly is Not Receiving Royalties From Outriders