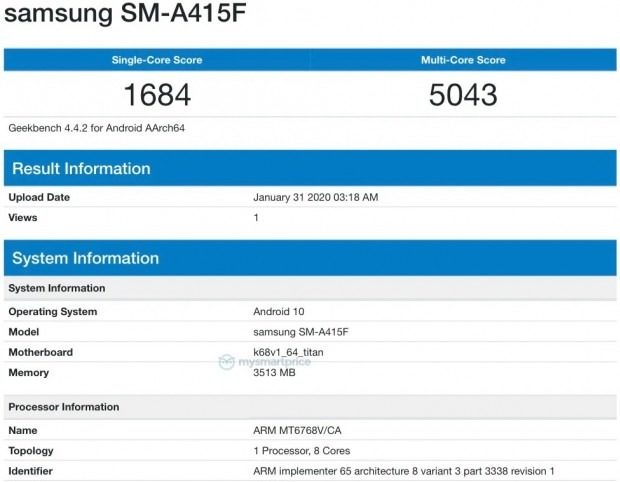 While Samsung continues its preparations for the S20 family that it will introduce soon, it continues to work for the renewed Galaxy A series phones. The features of the Galaxy A41, one of the new mid-range smartphones that the South Korean tech giant plans to add to the Galaxy A series, appeared in Geekbench.

According to the Geekbench page, the Samsung Galaxy A41 will be powered by the MediaTek Helio P65 processor and will have 4 GB of RAM. In addition, the new member of the A series is expected to offer 64 GB of internal storage. It was previously reported that the Galaxy A41 will have a triple rear camera setup along with the 48-megapixel main sensor as well as other 25-megapixel and 2-megapixel sensors.