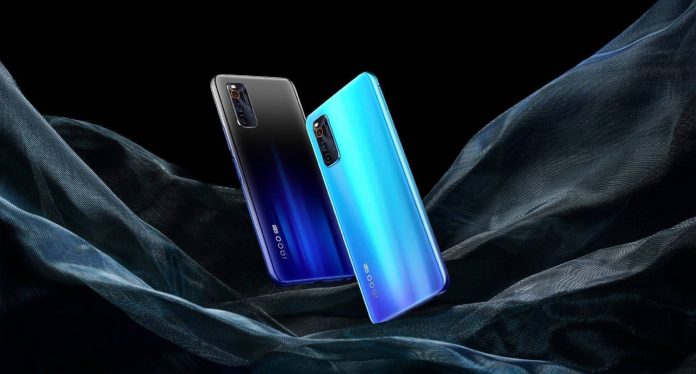 Vivo will announce the new device of its popular sub-brand, the iQOO Z3, on March 25. While a promotional poster was published yesterday for the launch event; today appeared on the Geekbench list with the expected phone specifications.

The iQOO Z3 will be the company’s second smartphone with an LCD panel in 2021. The first was announced earlier today. The company quietly launched the iQOO U3x 5G device. The phone, which comes with a 6.58-inch Full HD + display, has a Snapdragon 480 chipset. Offering 8GB LPDDR5x RAM and 128GB UFS 2.1 storage, the device has a battery capacity of 5,000 mAh. It hit the shelves with ideal price tags. Now it’s time for the highly anticipated Z3.

iQOO Z3 appeared in Geekbench with its technical features

Officially launched on Thursday, the iQOO Z3 has appeared on the Geekbench list today. While the device got 688 points from single core tests on the platform; It left the multi-core tests with 1988 points. The model, hidden under the code name “Lito”, shared many technical details with users before the launch.

According to the information in the list, the device works with a Qualcomm processor running at 1.80GHz. Allegedly, this is considered to be the Snapdragon 768G chipset. We have seen the same processor before in the smartphone called Redmi K30 5G Racing Edition.

In addition to processor details, according to Geekbench data, the iQOO Z3 has 8GB of RAM. In addition, the device works with the Android 11 operating system right out of the box.

What awaits consumers in the iQOO Z3?

Geekbench data provides limited information about the new iQOO phone. However, more details about the device are shared in the Google Play Console list. According to the details here, the model has an LCD panel with a perforated design. Promising 1080 x 2408 pixel Full HD + resolution quality, the Z3 is expected to support 144Hz refresh rate. At the same time, it is said that the device will be offered an option of 8GB as well as a 6GB RAM option.

The phone, which has also received 3C certification, announced that it will come with 55W fast charging support. Unfortunately, there are no details about the battery capacity. The expected device will become official on March 25.

What are your thoughts on the iQOO Z3 according to the above specifications?

LG K62 Plus shows that optimization is still the best way