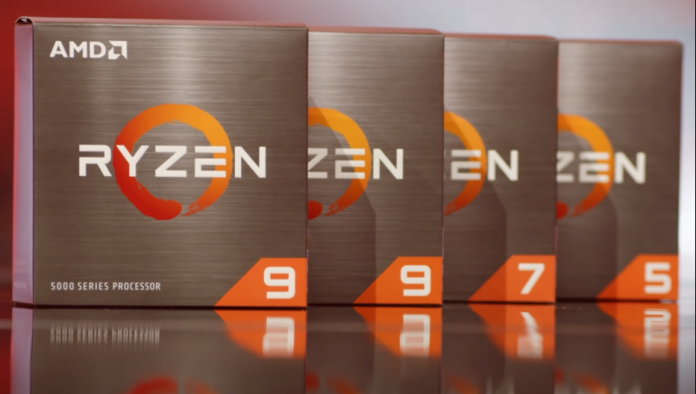 The features of two new Ryzen 5000 series processors, which AMD will only sell to computer manufacturers, have emerged today. The processors will offer 90-95% of the performance offered by X series processors.

We previously shared with you that AMD will release two new Ryzen 5000 series desktop processors for computer manufacturers. These processors would be Ryzen 9 5900 and Ryzen 7 5800 with Zen 3 architecture. It was also claimed that AMD’s new processors will have a TDP value of 65 W.

Today, the features of the new processors that the company is preparing to launch have emerged. The two processors, which will only be produced for computer manufacturers and will not be sold separately, will carry the same core structure as the X series processors. However, what distinguishes processors from X series processors will be their clock speed and TDP values.

Starting from the AMD Ryzen 9 5900, the processor will host 12 cores, 24 threads, 64 MB L3 cache and 2 MB L2 cache. The processor will be able to go up to 4.70 GHz. Although the basic clock speeds of the processors are currently unknown, both are estimated to be around 3.0 GHz.

Another processor, AMD Ryzen 7 5800, will be shipped to computer manufacturers with 8 cores, 16 threads, 32 MB L3 cache and 4 MB L2 cache. The processor will be able to reach up to 4.60 GHz. Both processors will offer 90 to 95% of the performance offered by X series processors.

AMD’s new processors seem to be able to satisfy users in terms of price. While the AMD Ryzen 9 5900 is expected to be sold with a price tag of $ 499, this number will be $ 399 for the Ryzen 7 5800. Although the processors cannot be purchased separately, these prices will also affect the prices of the computers.