Home Tech Features of 3 Graphics Cards to be Included in NVIDIA RTX 3000... 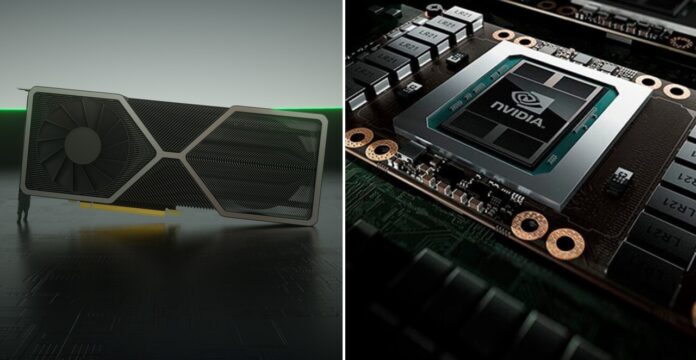 The features of the 3 graphics cards that will take place in the new RTX 3000 series, which NVIDIA is expected to introduce soon, were shared by a Twitter user. The user shared the features of TITAN RTX, RTX 3090 and RTX 3080.

NVIDIA, which is seen as the leader of the video card market today, will soon introduce its new RTX graphics card series with new technologies. The new series of the company, which will be released under the name RTX 3000, is preparing to offer a magnificent performance according to the claims made so far.

A claim about NVIDIA’s RTX 3000 series was recently shared by a user named KatCorgi on Twitter. KatCorgi featured in a tweet shared by NVIDIA’s stunning details of 3 video cards to be found in the new graphics card series.

The new RTX series will be a complete beast:

KatCorgi told the hardware features of TITAN RTX, GeForce RTX 3090 and GeForce RTX 3080 graphics cards, which will take place in RTX 3000 series in his tweet. According to the sharing, the TITAN RTX, which will take place in the series, will be the monster of this series, just like the TITAN of each series. The graphics card will come with 24GB of GDDR6X memory at 19 Gbps.

The GeForce RTX 3090, which will have the new Ampere architecture, will have 5248 CUDA cores, according to what has been said to date. In TITAN RTX, which we say will be the monster of the series, the number of CUDA cores will not have much difference compared to RTX 3090. TITAN RTX will come with 5376 CUDA cores.

We do not have certain information about NVIDIA’s new RTX graphics card series today. However, we do not know exactly when the graphics cards will appear. However, according to some information revealed, the new RTX series will be introduced and released by NVIDIA in September.