Home Entertainment Fear The Walking Dead: All About Season 7 Premiere 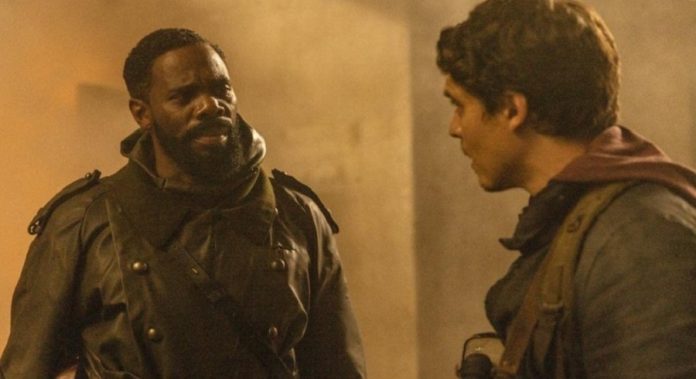 Check out all the details of this release by reading our full recap!

Fear The Walking Dead 7×1: Knowing a little more about Will

Early in the episode, viewers meet Will (Gus Halper), a frightened young man who is being attacked by a group of zombies. However, he is quickly “saved” by Victor Strand’s henchmen (Colman Domingo). The men lead the boy towards the new base built by Victor’s orders, which transformed the place he shared with Howard (Omid Abtahi) into something habitable, yet highly luxurious.

There, Will is introduced to Strand, who now appears to be some sort of ruler. The environment consists of gardens, an art gallery and also a restaurant, where all meals are served. Despite Will’s eyes gleaming, Strand claims he would need to prove himself worthy of the spot.

Gradually, the young man tries to prove his worth to his commander, who is not completely convinced of his importance. Despite this, Will seizes the opportunity and tries to approach Strand in his own way. In a careless moment, however, the young man reveals that he knew Alicia (Alycia Debnam-Carey).

There is a big confrontation with a group known as Stalkers, who are armed from head to toe and have good combat strategies. Strand’s henchmen go out of their way to defeat them, but in the end they die. Will is injured in his leg during the attacks and hands over all the information he has about Alicia to Strand, who abandons him to move on.

As much as he was injured, Will managed to reach Strand, confessing that he was testing him, after all, his team had been decimated at the behest of Teddy (John Glover), leaving only him and Alicia. With the intention of bringing them together, he looked for alternatives to reach the Strand. Despite this, Will reveals that Alicia would never recognize her ex-partner the way he was now.

On the way to the Franklin Hotel, the two nearly died, but they helped each other to survive. Gradually, Strand realized that perhaps Will loved Alicia, and for that reason they both wanted to see her again. In this way, the duo works together to manage to outwit the zombies that are trying to attack them and advance along the road in a terrible fog.

GoldenEye 007 Recreated in Far Cry 5 Thanks To The Level...