FBI Director General Chris Wray advised companies that were victims of ransomware cyber scams not to pay the amount requested by criminals to return the hijacked data.

“Overall, we discourage paying ransoms because it spurs more of these attacks, and frankly, there’s no guarantee that you’ll get your data back,” says Wray.

In addition, investigators are concerned about the amounts involved: ransom payments have tripled from last year and the scams are increasingly sophisticated, affecting large corporations and major government bodies.

The FBI’s concern involves at least two close examples. Pipeline company Colonial Pipeline and food company JBS made payments after being victims of ransomware, as they couldn’t go several days without important systems that had been paralyzed for days.

On the other hand, the FBI asks to be notified immediately in case of attacks carried out in the US, since the institution can help to reduce costs, try to unlock systems and trace the origin of cybercriminals to avoid new scams.

In the case of Colonial Pipeline, the screening led authorities to partially recover the amount paid in cryptocurrencies. 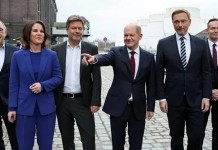