Home Entertainment Fatherhood For Ryan Reynolds Was About Not Being a “Complete Pile of... 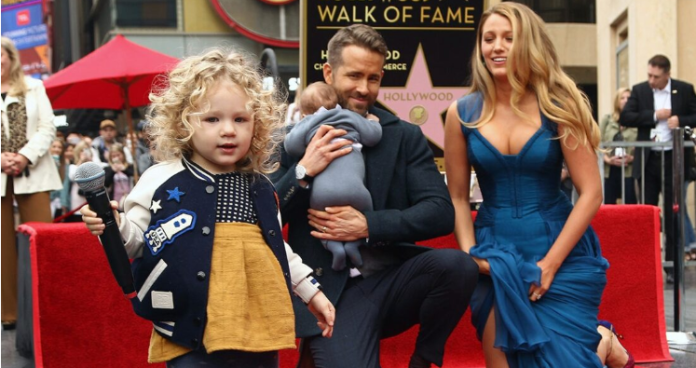 Ryan Reynolds is not only a great actor, but also a father. The actor Deadpool is known for his sense of humor mixed with action-packed films. Previously, the actor tried to work in superhero films such as Green Lantern and X-Men, but he was unlucky. What he really found was the love of his life on set when he played Hal Jordan in the DC movie.

Reynolds was previously married to actress Lucy Scarlett Johansson for three years until 2011. But the sparks flew when Ted met and married the Gossip Girl actress in 2012, and they’ve been together ever since. Together they had three daughters, a fourth child on the way. In an interview, he talked about fatherhood and his attitude towards it.

Reynolds is undoubtedly one of the most successful actors in modern Hollywood. But the proud father is also a famous family man. During an interview with GQ in 2015, he said, “The only advice I would give is: don’t listen to any advice. Because there’s nothing you can do to prepare for it.” Also adding: “You just try not to be a complete pile of shit and just be around them.” The actor said that nothing can prepare you for fatherhood, and he definitely didn’t know anything about it.

In December 2014, Blake Lively gave birth to a daughter named James Reynolds. This was followed by Inez (2016) and Betty Reynolds (2019). Although the duo previously had no experience in raising children, they did everything themselves. Ryan Reynolds even patted himself on the back, wondering at himself for his patience. Today he and Lively are expecting their fourth child together.

The actor and Wrexham owner has always been open about his difficult relationship with his father. But the Canadian actor looks up to his brothers, who are wonderful fathers. He strives to be the same, although he agrees that examples are not needed. The actor remains excited and expecting his fourth child now.

What do you think of Ryan Reynolds as a family man? Let us know in the comments.