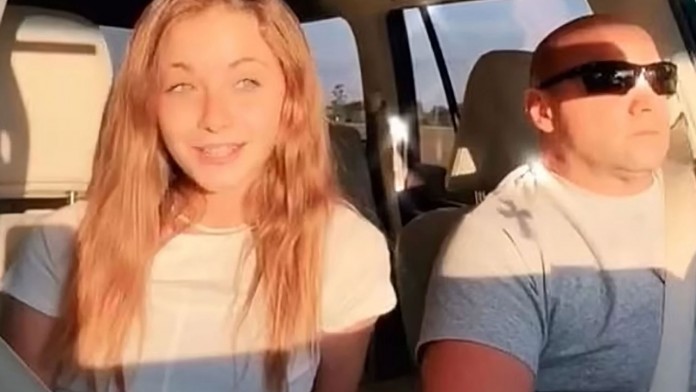 While social media perverts continue to roam every day, a perversion story shared the other day has been an indicator of where the event could lead. This story, which started with the fault of the parents, ended in death.
So far, we have seen many different stories of internet perverts. But a new news shared recently went beyond all these stories. Ava Majury, 15, who has more than 1.2 million subscribers on TikTok, told her tragic story of living with a pervert and ending in death. All these events took place in 2020.

Ava Majury, who joined TikTok at the age of 13 in 2020, managed to collect more than 1 million subscribers in just one year. During the early stages of the epidemic, Ava saw someone constantly texting her TikTok, Snapchat and Instagram accounts. This person was an 18-year-old male named Eric Roha Justin. Ava wanted to reply to her fan who was constantly writing to her.

It all started with the permission of their parents:
Responding to her 18-year-old fan, 13-year-old Ava wrote to all her fans, “Hi, how was your day?” announced that he had sent the message. But there was something Ava didn’t know: Justin had contacted some of Ava’s classmates, paid them for Ava’s photos and phone number.

Ava eventually cut her ties with her friends when she found out. After that, Ava, who even in those days sponsored thousands of dollars as an influencer, sold Justin a few selfies that she had already shared on Snapchat with her parents’ permission. Ava stated that there is no body in these photos, only her smiling face which is the focus of her content.

Shortly thereafter, Justin began writing to Ava on Venmo, asking Ava for “hip photos” and foot photos in exchange for money. From that point on, Ava blocked Justin from all of her accounts. But Justin sent Ava a total of $600, constantly asking to be unblocked. From this point on, Rob Majury, Ava’s ex-police father, stepped in.

Obsessed with Ava, Justin is killed by Ava’s father:
Rob texted Justin, telling him to stop communicating with his daughter. Justin’s attitude after this request turned in a completely different and unpredictable direction. Contacting Ava’s classmates, Justin began planning her attack. So much so that Justin asked this person if there were any guns nearby and said, “I think I could just go through the door with a shotgun.” sent the message.

Ava’s unaware family later learned that Justin was hundreds of kilometers away from them, and their fears were alleviated. But Justin was obsessed with it. On July 10, 2020, Justin arrived at the Majury family home as planned and fired a shotgun at the front door.

During this shot, while Ava was in her room, her father in the house, Rob, ran straight to the door and saw Justin in front of their house. Ava’s mother also called the police teams from the side. Rob started chasing Justin, who was shooting through the front door, but he tripped while running and Justin disappeared at the opportunity. Rob took Justin’s own gun and stood on guard until the police arrived. But it was Justin who came before the police.

Rob told Justin to put the shotgun down, but Justin didn’t listen and pointed the gun at Rob. At this moment, Rob opened fire on Justin and killed him. Police teams who arrived at the scene found two phones on Justin and “thousands” of photos of Ava.

The investigation into the incident is still ongoing. According to the police statement to Rob, the murder of Justin is not legally wrong. Accordingly, the state’s standstill law shows that Rob was right.

On the other hand, despite these events, Ava continues to actively share content on TikTok and other platforms. Ava’s mother, Kim, announced that they will not allow the “sick people” on social media to stop their daughter, maybe she will make her daughter an “awareness” to all this. Ava said she understands the pros and cons of being a social media star, but that the ‘overall experience’ means more to her.

In the US, a Person Caught Coronary Infusion Three Times in...

One by one the latest revelations from Anonymous