Home Entertainment Fate: The Winx Saga Will Have New Fairy and Characters in Season...

Fate: The Winx Saga: Netflix is ​​already recording the 2nd season of Fate: The Winx Saga. The cast now has new characters and a new fairy: Flora. The darling fairy, originally from the animated series Clube das Winx, will make her debut on the live-action series — and will be played by Paulina Chávez (of Ashley Garcia’s The Expanding Universe, also on Netflix). Season 2 will also feature Éanna Hardwicke (of Normal People) as Sebastian, and newcomer Brandon Grace as Gray.

Fate: The Winx Saga premiered in January, with six episodes. Season one follows the maturing journey of five fairies who attend Alfea, a magical boarding school where they must learn to master their powers while discovering love and fighting monsters that threaten their very existence. The series is the first live-action adaptation of the fairies created by Iginio Straffi.

Season 2 of the series is being shot in the bucolic Irish county of County Wicklow. The release date for the new season of Fate: The Winx Saga has yet to be set. So far, eight episodes have been confirmed.

And you, what did you think of Flora’s long-awaited arrival? Did you like the casting choices? Leave a comment for us! And keep following My Series to learn about all Netflix firsts first. 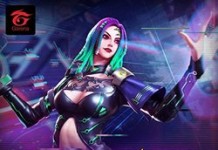 Pure nostalgia: One Piece reminded us of its first season in...