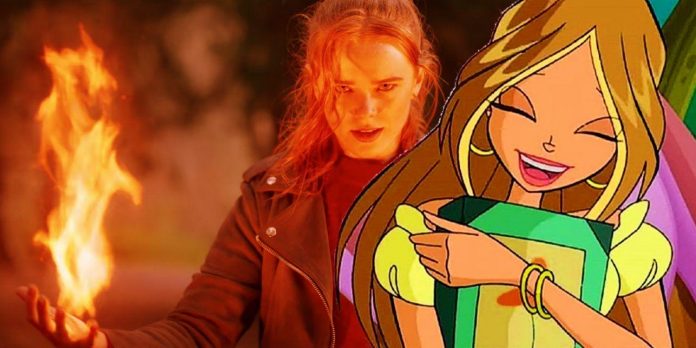 Fate: Season 2 of the Winx Saga already seems to be correcting the biggest injustice of Season 1. Netflix’s live-action adaptation of the popular Italian animated film “The Winx Club”, which was previously broadcast on Nickelodeon in America, has attracted criticism due to deviations from the original source material. However, an early teaser for the upcoming second season of Fate: The Winx Saga brings back a beloved character from the original show.

Like the original Winx Club, Fate: The Winx Saga focuses on Bloom (Abigail Cowan), a teenager from Earth who discovers she is a fairy with the ability to control fire. Bloom must now go to Alphea — a special school where fairies learn to hone their magic — and eventually make friends with her roommates: Aisha (Precious Mustafa), Stella (Hannah van der Westhuysen), Musa (Elisha Applebaum) and Terra (Eliot). Salt). However, Fate: The Winx Saga makes major changes compared to the original. While the animated series was lighthearted, “Destiny: The Winx Saga” takes on a darker tone, touching on more mature themes such as sexuality, mental health and the horrors of war. This departure from the Winx Club was met with mixed reviews, especially since the character of Musa, presented in the cartoon as an Asian, is played by a seemingly white actress, and Flora, inspired by the Latin American pop star Jennifer Lopez, seems to have been replaced by Terra. which is also white.

The teaser “Destiny: The Saga of Winx 2”, published by Netflix as part of its Computer Fan Week (via YouTube), features a new fairy. The short clip shows Terra and her brother Sam (Jacob Dudman) wandering through the forest while the earth fairy Terra is looking for plants to cure the character’s bite. Terra hears the noise and noise of the forest and uses her magic to create vines in self-defense before it turns out that the intruder is her cousin Flora (Paulina Chavez). Flora was mentioned in passing by Terra in Fate: The Winx Saga season 1, but Season 2 corrects the situation by adding a favorite Winx Club character to the ensemble.

Adding Flora is great news for Fate: The Winx Saga. The show has been criticized for being too different from the Winx Club, but the return of the main character from the original series shows that the creator and writers of “Destiny: The Winx Saga” have not completely forgotten what fans loved about the original series. The appearance of Flora, while not completely solving the diversity problems of the Netflix series, adds another much-needed person of color to the cast of Fate: The Winx Saga.

One of the biggest omissions of Fate: The Winx Saga Season 1 is the exclusion of Flora from the main group. However, the second season of Fate: The Winx Saga seems to fix this by finally introducing Flora to the series. Although Fate already has Terra as the group’s Earth fairy, the show has already shown that the powers of fairies manifest in different ways, so Flora may end up demonstrating her own version of Earth magic. It will be interesting to see the dynamics of Flora with the rest of the main characters of Fate: The Winx Saga, as well as a further look at family relations with her cousins Terra and Sam. Little is known about the second season of Destiny: The Winx Saga, but the appearance of Flora already looks like a highlight.