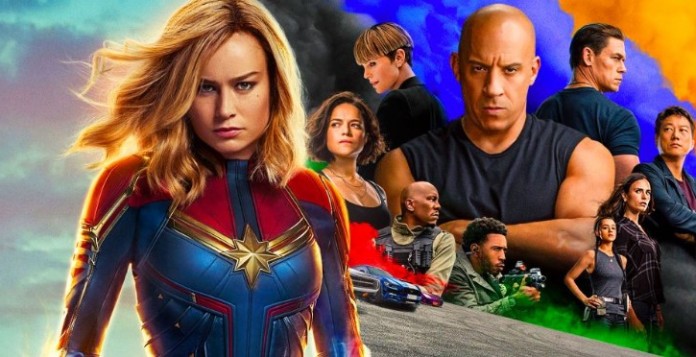 Vin Diesel announces on social media that Brie Larson will join the Fast family in a mysterious role in the upcoming “Fast and Furious 10”.

Vin Diesel has announced that Brie Larson will appear in Fast and Furious 10. More than 20 years after the release of the original film “Fast and Furious” in theaters, the franchise is still gaining momentum, and the tenth film will be released sometime next year. Diesel, Michelle Rodriguez, Tyrese Gibson, Ludacris, Natalie Emmanuel, Sun Kang and many other franchise veterans will return in the sequel. However, as in every previous installment, “Fast and Furious 10” presents the franchise with new stars.

So far, the biggest casting announcement has been Jason Momoa as the villain. Very little is known about Momoa’s character, but the actor called his villain “bright” and “misunderstood”. In addition, last month Daniel Melchior from “Suicide Squad” got an unnamed role. Diesel also tried to put an end to his long-standing feud with Dwayne Johnson to bring him back in the role of Luke Hobbs, but the DC star refused to participate in the next film. However, the sequel just added an MCU star.

Larson expressed his desire to star in the movie “Fast and Furious” just a few months ago. The “Captain Marvel” star previously explained that test-driving cars for her Nissan Super Bowl commercial gave her a new understanding of automotive culture. Larson has previously stated that she is a big fan of the Fast and Furious franchise and would be ready to play any character if she were chosen. And given the scope of the Fast and Furious franchise, Larson can really play anyone in the sequel. F9 introduced John Cena as Dominic Toretto’s brother, although he was not mentioned in the previous eight films. So since Diesel calls Larson’s character “eternal,” it’s possible she’s also playing one of the long-lost family members at Home.

Regardless of who Larson plays, the Oscar winner should be a good addition to the cast. Larson will bring significant star power to “Fast and Furious 10,” which means she could return in “Fast and Furious 11,” the last film in the main series. Since Larson also appears in the MCU, she and Diesel (who voices Groot) probably already have some chemistry behind the scenes, which portends a sequel. Between her MCU projects and now Fast and Furious, it looks like Larson will have a busy schedule for the next few years.

Users’ Top Searches Have Been Determined on Google