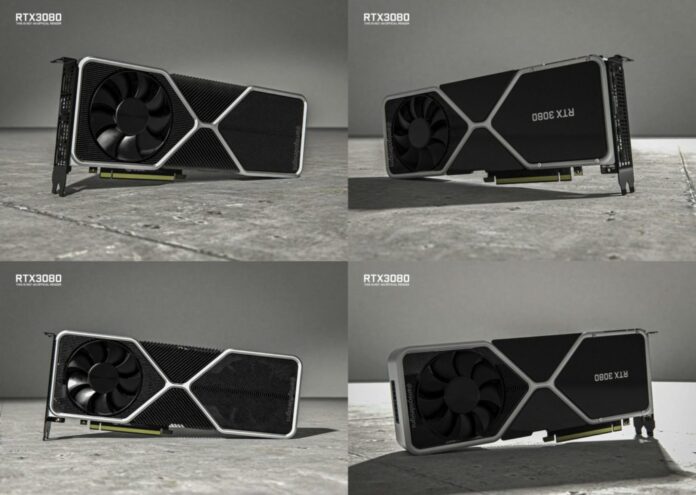 NVIDIA’s recently planned graphics card RTX 3080 was displayed for the first time. Today, Reddit users shared their rendered images based on these images. We have included these images that look quite impressive in our news.

Graphics cards are at a very high level in today’s technology. NVIDIA continues its work on the RTX 3080 to take this position to the next level. The wonder of the hardware, which was displayed for the first time the other day, was able to captivate the viewers. Now a Reddit user named JDSP_ has created rendered images of the RTX 3080 based on the resulting images of the device.

The rendered images created by JDSP_ manage to show the RTX 3080 from every angle and look quite realistic. Although these 3D views are quite impressive, the graphics card itself will be able to impress tech lovers much more. With another Reddit user tor6770 extending hand to these rendered images, we were able to have very high quality images.

In these images, where the bottom and top of the graphics card are clearly visible, the difference between the plastic-coated part and the metal-coated part, which contains the PCB, is obvious, unlike the RTX 3080’s current photo. It can be easily understood from the images that the heating is quite large and covers almost the entire body. We already had the opportunity to learn from the photo that appeared the other day, that the PCB is quite short and that the heat sink protrudes outwards like AIB variants.

One of the most curious things about the RTX 3080 can be said whether the heat sink is a classic cooler. Considering the lack of heat channels, it is quite difficult to say that this is a conventional heat sink, but it is not possible to reach a definitive opinion unless NVIDIA makes a statement. We can say that one of the features that make RTX 3080 so powerful is that it contains 2 8-pin connectors.

Again, an unclear subject in the real image of the RTX 3080 becomes clear with these render images. In the photo, we could not grasp whether the connections were aluminum or plastic, but it is easily understood from the NVIDIA logo on the render images that these connections are designed as aluminum. It is claimed that this new model will perform 50% more than RTX 2080. If these claims are truly true, we can expect a tag around $ 699 for the RTX 3080.

IT Army, The Cyber-Army Of Hackers Of The Ukrainian Government Summoned...