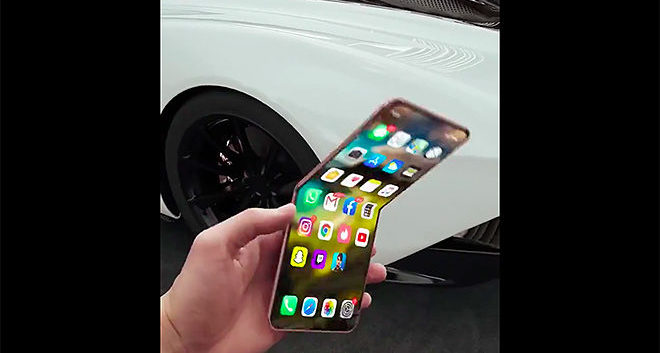 Foldable smartphones, which entered our lives in 2019, continue to appear in the market in 2020 as well. Although companies like Samsung, Motorla and Huawei released their foldable smartphones, we haven’t seen such an initiative yet from Apple. However, a graphic designer has designed a foldable iPhone for Apple.

It is almost certain that Apple will make a great design change on iPhone 12 devices. In fact, this change is thought to be the biggest design change that will happen after the iPhone X announced in 2017. However, there is no notch among the design changes to take place.

Foldable iPhone
Although Apple goes to design changes on its flagship iPhones, we can’t say radical and radical changes for almost any of them. The company is on its way by making more subtle design changes, roughly. However, Apple’s biggest rival, Samsung, is more generous about design change. The company released Galaxy Fold last year as a foldable smartphone and Galaxy Z Flip this year.

Graphic designer Iskander Utebayev, who mostly produces concept car videos, created a design he called iPhone 12 Flip. It must be said that the design of Utebayev is dazzling, but for the moment it is not possible to manufacture such a foldable phone. So, what do you think about the iPhone 12 Flip design? Do you think that such an iPhone design will come out one day?