Home Entertainment Far Cry 6 Will Allow You To Play in The Third Person... 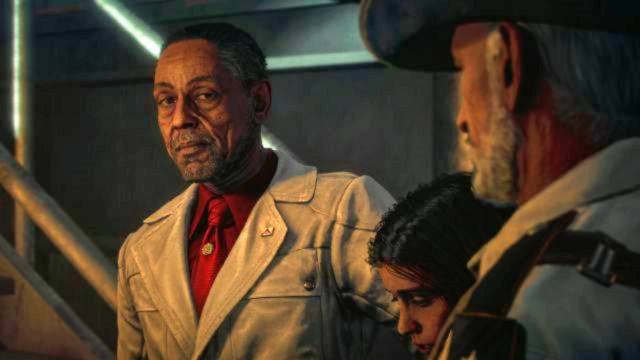 Far Cry 6: The Ubisoft title will offer specific parts of the gameplay with a third-person perspective; It will not be limited to just cinematic scenes.Far Cry 6 will feature playable scenes with a third-person perspective for the first time in the series. Ubisoft Toronto has explained, in statements to GameSpot, that this decision will not apply only to cinematographic scenes, in which we will be able to see the face of the protagonist or the protagonist, but that there will be more changes of points of view to emphasize the role of the main character.

Navid Khavari, narrative director of the work, explains that there are “some reasons” to justify this change of perspective in Far Cry 6, a novelty never seen in the veteran series. Dani, said main character, will have a more prominent role on screen; as it happens in other Ubisoft licenses such as Assassin’s Creed, with the exception that in that case all the gameplay is in the third person.

“In the movie scenes, [the third person] is something the team experienced from the beginning, and it felt surprisingly fluid,” Khavari begins, making it clear that they have been comfortable with the change. “We immediately felt that there was a greater connection with Dani’s journey in this world, more connection with this epic Yara story,” he expands, and argues that “it is also an opportunity for players to see his character totally personalized, all , from his backpack to his clothes ”, beyond the equipment selection menu. Now we will see it from the outside.

The ultimate goal is for us to feel that Dani is a real character that exists in the world we are exploring.

Far Cry 6 will be released this October 7 for PS4, PS5, Xbox One, Xbox Series X, Xbox Series S, PC and Google Stadia. After the recent controversies derived from the political approach of the video game, initially denied, the title itself has explained that there is an inspiration in the guerrilla war and that, although they have not positioned themselves on the situation in Cuba, there are references of these political-social events.

We recall that the Ubisoft conference at E3 2021, the Ubisoft Forward, will feature news of the titles already announced as well as “other surprises” that we still do not know. The broadcast will take place this Saturday, June 12, at 9:00 p.m. (Spanish peninsular time).

Skate City, Analysis. The City Is Your Track