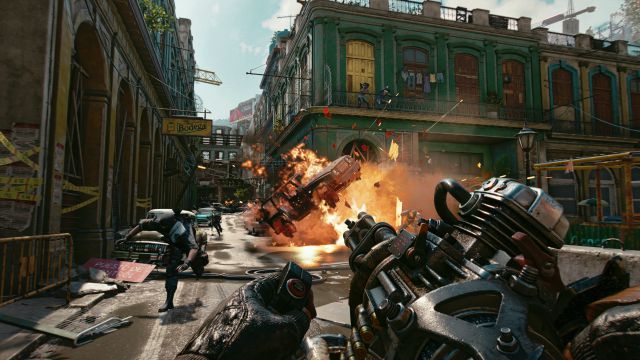 Far Cry 6: Ubisoft has explained that the open world of the video game will be the most ambitious of the entire saga so far.Yara Island, exotic territory, an ancient beauty. None of that has been lost, although internal war threatens to do so. From the ashes of a proud nation emerged President Antón Castillo, eager to restore the country’s ancient splendor. However, for him, his dream is everything, even if he has to trample all of his compatriots. In MeriStation we publish an article with all the news about Far Cry 6, which you can read at this link. In addition, Ubisoft has shown the complete map, which from the looks of it, will be quite extensive. According to the company, it is the most ambitious open world they have made within the saga.

Yara is a country frozen in time, drowned by sanctions and on the brink of civil war. The lack of freedoms and the rise of Castillo as dictator have turned the place into a real time bomb. As he presses, the counter counts down seconds. The revolution is brewing, a group known as Libertad whose objective is to overthrow the tyrant of power. Achieving it will not be easy, since the president has all the resources available to him.

Everything works in Far Cry 6

At Ubisoft they have called it ‘Resolver’. It is a concept that advocates taking advantage of the elements of the scene to build custom vehicles and weapons. If the weapons are held by Antón Castillo, perhaps ingenuity is the only solution available to the guerrillas. Dani Rojas, the main character, will do everything possible to dismantle the terrifying regime established by Castillo. He will not be alone, since he has a whole network of revolutionaries, who over time have built camps and tunnels to travel the country without being discovered.

Far Cry 6 is in development for PS4, PS5, Xbox One, Xbox Series X, Xbox Series S, PC, and Google Stadia. Its launch was scheduled for February 2020, but the title was delayed and will finally see the light on October 7.