Home Entertainment Far Cry 6: The History of The Game is Political, Points Out... 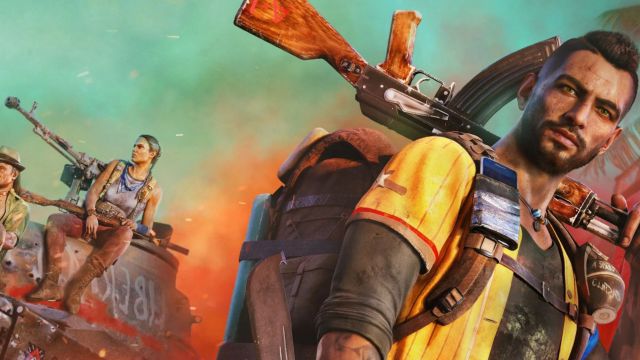 Far Cry 6: The creative affirms, however, that they are not looking for a simple political statement on the current situation in Cuba.Large video game companies often have trouble recognizing that their works have political views. Far Cry 6, set on a fictional island ruled by a dictator, has been inspired by Cuba. However, the narrative director of the video game, Navid Khavari, commented that they did not intend to make a political statement about the specific case of Cuba. In a statement published on the Ubisoft website, the creative has reflected on this matter and has recognized that the story is political, but that they do not seek to portray the reality of Cuba specifically.

Khavari has explained that in Far Cry 6 “relevant discussions” can be found about the conditions that lead to the “rise of fascism in a nation, the cost of imperialism, slave labor, the need for free elections or the rights of the collective LGBTQ + ”, also within the context of Yara, the fictional island on which the plot of this video game develops. “My goal is to empower our team so that they are not afraid [of telling] the story we are telling.” The team has tried to be very careful when portraying their inspirations, “which includes Cuba, but also other countries throughout the world that have experienced political revolutions.”

My statement on the politics of our game. https://t.co/FTNg339azI

During the development process, Ubisoft Toronto has sought collaborators who could “speak personally” about the histories and cultures of the regions they were inspired by. They also hired consultants to “look at the history of the game” multiple times over the course of five years. The goal was to make sure that what was told was done with sensitivity. “It is not up to me to decide if we have been successful, but I can say that we have tried.”

Far Cry 6‘s narrative director argues that research done on the experience of everyone who fought in revolutions in the 1950s and early 1960s is reflected in the story and in the characters. “But if someone is looking for a simple and binary political statement on the current political situation in Cuba, they will not find it. I belong to a family that has experienced the consequences of a revolution. I have debated the revolution at the dinner table all my life. I can only speak for myself, but it is a complex issue that should never be summed up in a single sentence. ”

Khavari says that players are going to be faced with a narrative that tries to capture the political complexity of today’s revolutionary conflicts, but within a fictional context, without forgetting to ask the tough questions.

90-Day Fiance: Kalani reveals why she wants to leave Utah