Home Entertainment Far Cry 6 Tells The Ins And Outs Of Its Development In... 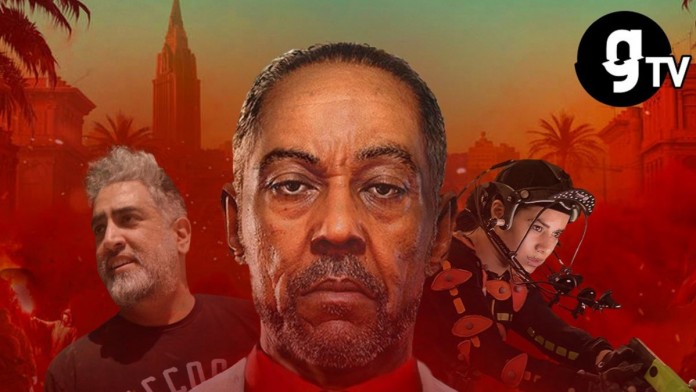 Far Cry 6: The people behind Ubisoft’s new video game talk about their experience creating this first-person shooter adventure. Ubisoft has announced the premiere of the official Far Cry 6 documentary, which can now be enjoyed on the gTV YouTube channel. Revolution: A Far Cry Story brings together developers from the Toronto studio to explain how they brought their creative vision to the product. They tell personal stories and show scenes ‘behind the scenes’ with actors like Giancarlo Esposito himself, who plays the dictator Antón Castillo in the game. You can see the free documentary just below these lines.

“It has been exciting to launch a massive game to millions of people around the world, but we had no idea, when we started development, that we would release it during a pandemic, and it changed everything,” explains Navid Khavari, narrative director at Ubisoft Toronto “We went from being in a bustling, state-of-the-art studio in Toronto to looking for solutions to unique problems that we had never thought to face, in the quiet of our homes. Looking back, it was great to be able to come together on what was a personal project for all of us. ”

Revolution: A Far Cry Story has been produced by gTV, Ubisoft Toronto, and So Press. gTV is owned by the French company and is dedicated to gaming culture.

Dan Hay has said goodbye recently, he has left Ubisoft after many years with the company. The producer of Far Cry 3, Far Cry 4 and Far Cry 5, among other projects, has not communicated the reasons for his decision. What is known is that Sandra Warren will be his replacement in office. Be that as it may, in recent months there have been quite a few movements internally within the company, also motivated by the problems of alleged harassment within it.

Far Cry 6 is available on PS4, PS5, Xbox One, Xbox Series X, Xbox Series S, PC, and Google Stadia. Its first paid post-launch content stars Vaas, the villain from Far Cry 6, and it is ready to be enjoyed.

What happened to Astra? Explanation of Joanna Constantine’s Nightmare