Home Entertainment Far Cry 6: Season Pass Announced Where We Can Play Villains In... 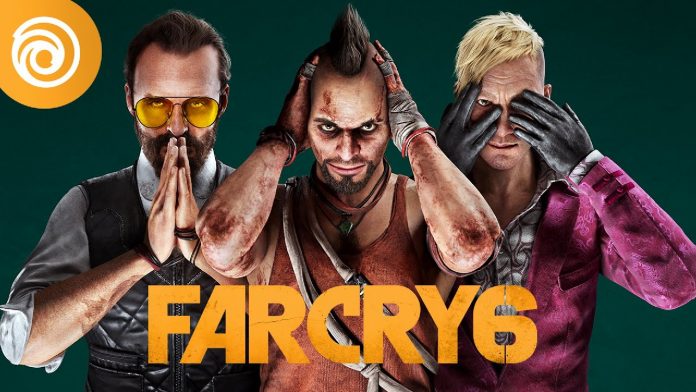 Far Cry 6: season pass has been announced. As part of today’s Ubisoft Forward event, two new videos from Far Cry 6 were shared. While one of these videos showed a new cinematic video from the main game, the other one introduced the Season Pass, where we can play the villains in the series.

France-based video game developer Ubisoft recently announced the sequel to Far Cry, one of the most popular game series. At today’s Ubisoft Forward event, Far Cry 6: Season Pass was announced before the main game was released.

Announced with a published video, the Season Pass will basically focus on the villains in the series. In this context, we will see Far Cry 3’s Vaas, Far Cry 4’s Pagan Min and Far Cry 5’s Joseph in DLC.

Reportedly, each of these villains will have a playable episode in Far Cry 6 with the Season Pass. For now, not much is known about the playable content part, but we can say that there will be new dialogues and new stories for all three characters.

A new trailer from Far Cry 6 was also shared:

As part of the event, a new cinematic trailer from Far Cry 6 was also released. Unlike the DLC trailer above, in this video, we see the scene where the protagonist of the game, Anton Castillo, raids a boat full of fleeing citizens.

Far Cry 6; It will be released on October 7, 2021 for PC, PS4, PS5, Xbox One, Xbox Series X and Xbox Series S platforms. The standard version of the game can be pre-ordered on the Epic Games Store (PC).

Why were Crowley’s eyes red instead of black in Supernatural