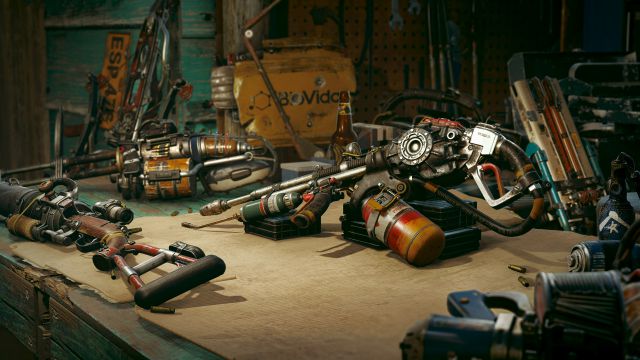 Far Cry 6: This playable mechanic was added in Far Cry: New Dawn, the sequel to the fifth installment in the main saga.The dictator Antón Castillo will not be overthrown without a fight. Far Cry 6, the new Ubisoft Toronto production, is set on a fictional island in the Pacific. Yara is a country that has seen much better times, so the social situation is about to explode. In a question and answer session that took place on Reddit, some unknowns about the video game were revealed. One of them has to do with the rank system that was introduced in Far Cry: New Dawn. Will he be back in the sixth installment? The answer is negative.

“This system was fine in New Dawn,” explains Ubisoft, then adding the following: “But it doesn’t fit our fantasy or world, so we took a different route.” In Far Cry: New Dawn, the spin-off or sequel to the fifth installment, the weapons had different ranges: gray, blue, purple and elite. Of course, each of the weapons could be modified with certain resources, so that they could be improved.

⏰It's time! Our devs are on Reddit right now answering your questions.

In Far Cry 6, the plot and the situation invite you to design other types of mechanics. The revolutionary climate is heated with the fight of the guerrillas, who have to make use of all the resources at their disposal to confront a dictator who has all the power and weapons in his hands. Thus, Ubisoft has called the new system ‘Resolver’, which consists of taking any element of the scene to build and improve weapons. Even a Macarena album can help us!

Far Cry 6 is in development for Xbox One, Xbox Series X, Xbox Series S, PS4, PS5, and Google Stadia. If there are no more changes to the schedule, the game will be ready for next October 7, although it was initially planned for early 2021.

Oculus Gaming Showcase April 2021 | Time and how to watch...