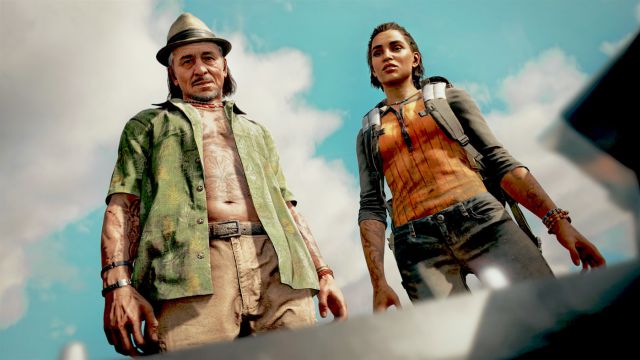 Far Cry 6: Ubisoft puts emphasis on this revolutionary guerrilla that will seek to overthrow the Antón Castillo regime. Far Cry 6 is right around the corner.Far Cry 6 is a month away from landing on the market. The new installment of the popular Ubisoft saga heats up by reviewing its main keys. In an extensive video of almost 7 minutes and subtitled in Spanish, the French company emphasizes what will make the adventure special by overthrowing the dictator of Yara, Antón Castillo.

Introduction to the revolution

The video, which you can see at the bottom of this paragraph, allows us to get an idea of ​​what it will be like to be part of the guerrilla revolution. Ubisoft points out features like the cooperative; As usual in recent games, we can share the journey with a friend online.

We will become Dani Rojas, a guerrilla who must put an end to the regime of terror that Castillo has imparted for decades. Among the mechanics at our disposal is a deep system of weapon customization; As we collect resources, we can upgrade our rifles to gain a tactical advantage… depending on your play style.

Nor can we overlook the technical improvements that you will receive in the next generation version. We can expect it to run on PS5 at 4K resolution and 60 frames per second, faster load times thanks to the SSD drive, and HD textures. By clicking on this link you can find out the details of the improvement, as well as the statements of its world director, Ben Hall.

For its part, Far Cry 6 is scheduled to launch on October 7 on PS5, PS4, Xbox Series X | S, Xbox One, PC and Google Stadia. On a computer, it can be purchased from Ubisoft Connect or the Epic Games Store; It will also be part of the Ubisoft + subscription.