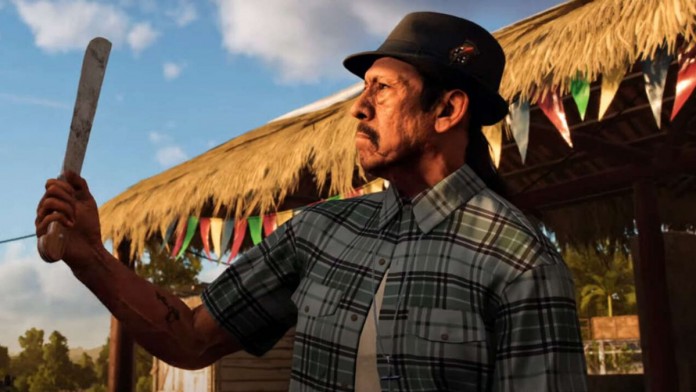 Far Cry 6: This free post-launch content is still in development and the publisher has confirmed that it was released by accident. Danny Trejo’s presence in Far Cry 6 was confirmed as part of the game’s post-launch roadmap. However, some players have accessed the DLC without warning. This has been so because the intention of Ubisoft was not to publish it at this time, since it is a material that is still in development. The French publisher has reported that it was published by accident, so it has been withdrawn through an update.

“The mission Dani & Danny vs All is a work in progress that has been accidentally launched before,” they have written on social networks. “We are working to eliminate it and we hope that players can enjoy it in its final version.” The patch, which was released first on consoles, has made its way to PC, Google Stadia, and Amazon Luna.

The Dani & Danny vs Everybody mission is a work-in-progress and was accidentally released early. We're working to remove it and look forward to when players can check out the final version.

We apologize for any confusion caused and will follow up shortly with more information.

How much does the new patch weigh?

The patch is not only limited to removing this content, but also introduces quality of life improvements and fixes some bugs. From November 9, users will have the opportunity to enjoy a new Special Operation, Los Tres Santos. In addition, Ubisoft has also provided the approximate weight of the update by platform, which we expose below.