Home Entertainment Far Cry 6: “Our Main Influence At The Beginning Was Cuba” 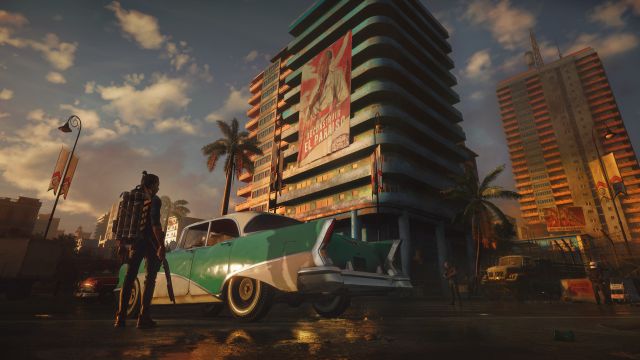 Far Cry 6: Ubisoft clarified that they have looked at other countries and other revolutions when building the fictional world of Yara. Yara Island does not exist, but its developers have been inspired by reality to sketch the foundations of this fictional territory. After years ruled by a fearsome dictator, President Antón Castillo (Giancarlo Esposito), the oppressed people rise up and start a revolution, the guerrilla war. Navid Khavari, Narrative Director of Far Cry 6, has chatted in a video posted on the video game’s Twitter account about his influences when designing this world frozen in time. And yes, he has once again reiterated that Cuba has been his main inspiration.

“I think the main influence for Yara at first was Cuba.” Khavari explains that it is his most direct inspiration, since they wanted to capture an island that was paralyzed in time, like a kind of old photograph. This place has been, in some way, disconnected from the rest of the world “for more than 50 years”, after “a violent revolution that led to the blockade.”

According to the creative, players will be able to drive classic cars, not to mention the concept of ‘Resolve’, which, as has already been indicated on several occasions, consists of taking advantage of all the resources of the scenarios to make weapons and improve and customize vehicles. . “We have spoken with a lot of advisers to try to get a wide range of opinions that would allow us to prop up and plot the story to be as authentic as we can,” he says.

The political context, reality and fiction

Much has been said about whether Far Cry 6 (or any other game) is political or not. Navid Khavari himself wrote a statement in this regard, in which he acknowledged that the title was political, although the objective is not to reproduce the reality of Cuba, but to build a fictional context based on different realities extracted from the real world. The inspiration “includes Cuba, but also other countries throughout the world that have experienced political revolutions.”

The Witcher 3: DLC Inspired By The Netflix Series Announced