Home Entertainment Far Cry 6 is Not a “Political Statement About Cuba,” Says Ubisoft 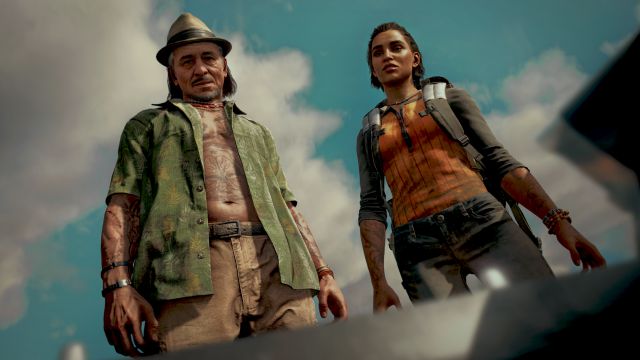 Far Cry 6: The company assures that it has not taken a position on the situation in Cuba, despite the fact that it has spoken with guerrillas.Ubisoft denies that Far Cry 6 is a political video game. Nor that the team is positioning itself in a specific direction on Cuba. This has been assured by Navid Khavari, narrative director of the video game, in an interview with The Gamer. According to the creative, it is a guerrilla fantasy, and although they have spoken with guerrillas, they do not intend to make a political speech about it.

The old woman to Cuba

“The original inspiration was guerrilla warfare,” he explains. For Khavari, the so-called guerrilla fantasy is obviously linked to the revolution. “When you talk about guerrillas, you think of the ones in the 1950s and 1960s.” The team traveled to Cuba to speak with some of these revolutionaries. “We fell in love with their stories,” he confesses. At the same time, they fell in love with the culture and the people they met.

“It is not that we felt that we should go to Cuba, we realized that it was a complicated island. Our game does not pretend to make a political statement about what is happening in Cuba specifically. Beyond that, we are taking inspiration from guerrillas around the world and throughout history. We feel that the island of Yara will help us tell this story by being very open about our policies and inspirations. ”

Khavari argues that revolutions are complex, but so are the people you interact with. “I followed this philosophical line: each character has their own motivation, you just have to find it.” The narrative director also maintains that the intention was to balance the serious parts of the plot with the action. “Unifying all this within the fantasy of the guerrilla seemed very natural to us.”

There Is No Sequel in Development, But Glen Powell Replaced Ryan...