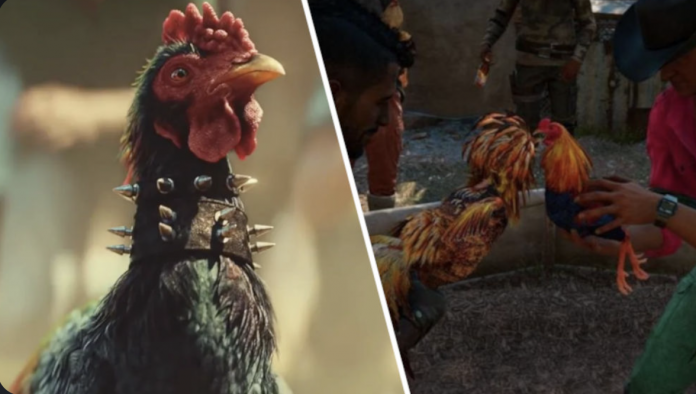 It didn’t take long for PETA Latino to complain about the cockfighting minigame in Far Cry 6 and ask Ubisoft to remove it from this title.

Since Ubisoft announced that Far Cry 6, the latest game in the series, would have a cockfighting minigame, more than one knew that at some point PETA (People for the Ethical Treatment of Animals) would complain.

Indeed, this happened, and through Twitter the Latin subsidiary of this organization expressed its displeasure at this initiative of the French company. The first advance in this note allows us to appreciate the Chicharrón rooster escaping.

Chicharrón and the cockfighting game from Far Cry 6

As for the second, it shows the minigame in action. Apparently it is a parody of Tekken, but PETA Latino has not fallen for anything. So much so that he shared the message ‘glorifying this blood sport is SO FAR from being entertainment’.

To the above, he added “in fights they put sharp knives that tear MEAT AND BONE, causing fatal and agonizing wounds.” Sadly, that is true.

PETA Latino ends by saying “we urge @Ubisoft to replace the horrible mini game, # FarCry6!” Despite these comments, it should be noted that the company is not “glorifying” cockfighting.

In reality, it is an illegal activity, but the authorities on the island of Yara turn a ‘blind eye’. They are not part of a corrupt government for nothing. So this minigame is very good to set what happens in this fictional place.

PETA Latino has accused other games in the past

The post on Twitter also read “turning this blood sport into a Mortal Kombat-type game trivializes the cruelty behind it.” It’s not the first time PETA has targeted video games, but companies generally ignore its complaints.

For example, he has attacked Nintendo and The Pokémon Company more than once for Pokémon, for the fights between pocket monsters, which are similar to animals.

They are certainly fictitious, but PETA doesn’t see it that way. But the companies have not paid the slightest attention to it. So it seems difficult for Ubisoft to give in to the pressure of this organization.

There is no shortage of comments that PETA Latino ends up promoting the games it criticizes and that it should take more care of real animals than digital ones. There are several accusations against them for mistreatment against them in their facilities.