Home Entertainment Far Cry 6 And Rainbow Six Quarantine And More Will Be Released... 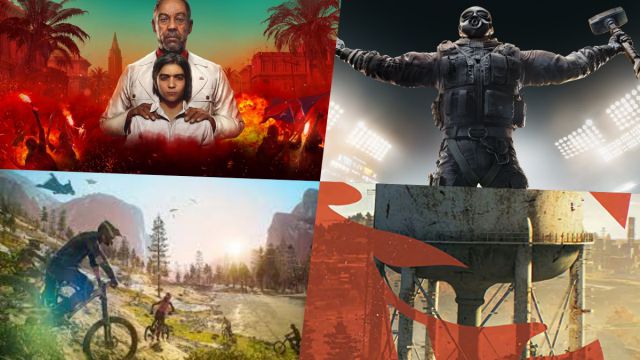 Far Cry 6: Ubisoft has also announced that Assassin’s Creed Valhalla has achieved success figures for the company. The French company Ubisoft has shared the financial results of the last fiscal year, which ended on March 31. In addition to reporting on the figures, which highlights the success of Assassin’s Creed Valhalla, the company has pointed out some details about its upcoming releases. Thus, Far Cry 6, Rainbow Six Quarantine, Riders Republic and The Division Heartland are planned for this fiscal year, which means that they will be released before April 1, 2022 if there are no last minute delays.

The French, who want to strengthen their post-launch plans, also report the delay of one of their already announced projects. Skull & Bones has been in limbo for several years, but the team changed their approach for a future release. The idea of ​​the company is for it to be published during the 2022-2023 fiscal year, so there is at least one year left for the title to reach consumers.

Far Cry 6 was due out in February

In these times of pandemic, Ubisoft’s roadmap has changed from previous plans. Far Cry 6 was planned for the month of February, but the company decided to delay it until a date not yet confirmed. It is clear that the Microsoft Store leak will not be fulfilled, as it was targeting May. On the other hand, the epidemic has also claimed another victim, the title of Rainbow Six Quarantine. To avoid the analogy, Ubisoft has decided to change the name, although it has not yet revealed what the final title will be.

One of the names not listed in the financial report is that of the Prince of Persia remake, delayed indefinitely after being received rather coldly from the press and gamers. The team then commented that they needed more time to meet their ambitious goals. Meanwhile, Assassin’s Creed Valhalla will receive its first expansion, Wrath of the Druids, on May 13.

Payday 3 Is Announced And Arrives In 2023