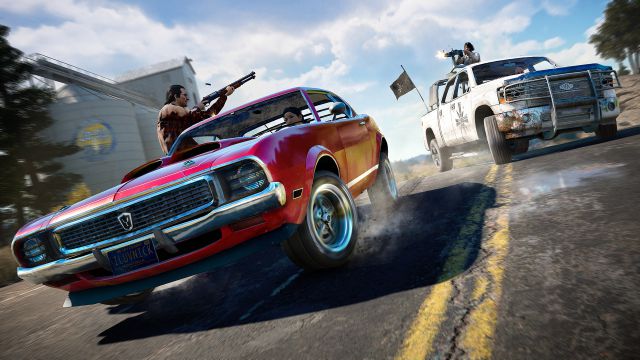 Far Cry 5 will stay free for an entire weekend. We tell you the beginning and what will be the duration of this test without content restrictions. Ubisoft will offer its community the ability to access Far Cry 5 for free. The French giant will celebrate its particular free access weekend between August 5 and 9. Users will be able to play the full version of this fifth installment without content restrictions.

This free period of Far Cry 5 will be available on PS4, Xbox One and PC; at the same time it is compatible with PS5 and Xbox Series X | S, the new generation systems. You can preload the game from this moment so that you can start playing from the moment it opens.

The start time varies depending on the platform you are on. Both the PlayStation and Xbox family of consoles will do so from 09:01 CEST on August 5; A few hours later, at 15:00 CEST, it will start on PC via the Ubisoft Store. Epic Games Store users will be able to start it a little later: starting at 19:00 CEST. During the same period, the game will have up to an 85% discount on its various editions and season pass.

In this house it obtained a rating of 9 out of 10, an analysis where we pointed out that the company had managed to “sift through the classic formula, eliminate inherited errors and reinforce the playable architecture with mechanics from other games.” “This is the biggest title in the series, also the rounder in terms of playability. It does not entirely divest itself of repetitive or errand missions, but the amount of options and possibilities is immense and a whole remedy against boredom ”.

You can read the full text through this link. Remember that the saga is heading to Far Cry 6, scheduled for release on October 7.

New Amsterdam Season 4: Trailer, release date and what to expect...