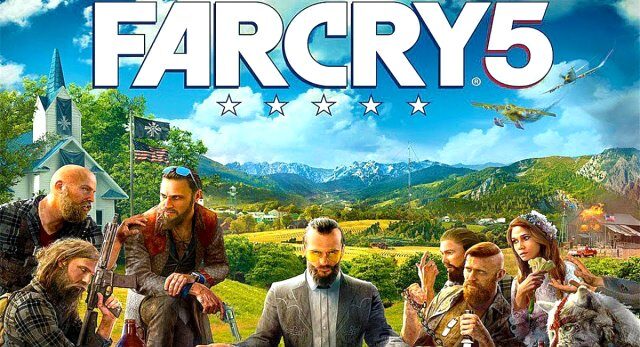 Ubisoft, France-based video game developer and publisher, heralded that the beloved production Far Cry 5 can be played for free on the Uplay platform this weekend. The campaign, which is only available to PC users, will be available from 16:00 on Friday, May 29 to 23:00 on Sunday, May 31.

The fifth ring of Far Cry, which met players for the first time in 2004, will be free for PC users this weekend. Ubisoft, which gave the gospel from its official Twitter account, announced that Far Cry 5 can be played free of charge from Uplay between 29-31 May.

You may think that you will not get 100 percent efficiency from the game in two days, but Far Cry 5 has a story of about 20 hours. This means that you have enough time to finish the game. The game, which made its debut on PC, PlayStation 4 and Xbox One platforms in March 2018, is considered by many to be the most successful link in the series.

In Far Cry 5, which takes place in the state of Montana in the USA, we are fighting an apocalyptic sect known as The Project at Eden’s Gate that believes in apocalypse. We need to take action and start resistance to give freedom to the community under pressure in the region. But your alliance with the indigenous people and animals in the places you discover takes your story to different points you can never imagine.

According to Ubisoft’s statement, PC users will be able to play Far Cry 5 for free on Friday, May 29, between 16:00 and Sunday, May 31, at 23:00. In the meantime, you can boot through the Uplay platform now and continue your progress later.

In the game, we fight an apocalyptic cult known as The Project at Eden’s Gate.

Let’s say that the discount campaign will be valid until 2 June. So you have four days to decide. If you have an idea to buy Far Cry 5, you should not miss this opportunity. You can reach the Fariso 5’s Ubisoft page here.