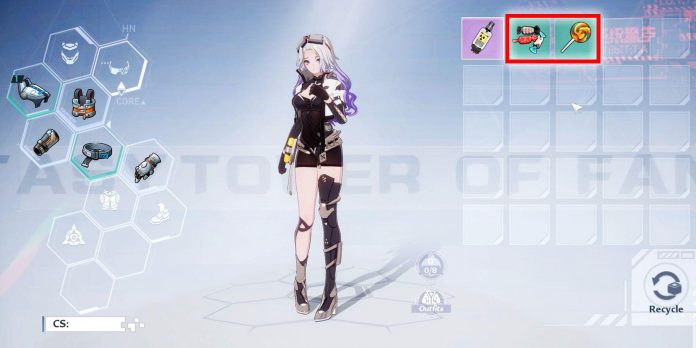 In Tower of Fantasy, greed forced people to destroy their civilization, and they went to a distant planet called Aida to start a new one. The game takes place in the distant future. The game has missions that help players better understand the storyline of the world. Wanderers can also get materials, level up, and earn rewards by completing these quests.

In Tower of Fantasy, missions are divided into Mainline, Bounty, Message, Crew, Guide, Simulacrum and Side. To better immerse themselves in the Tower of Fantasy universe, players must participate not only in the main line, for example, in the search for stolen lollipops, which is one of the side missions.

How to Find Stolen Lollipops in Tower Of Fantasy

To recover the stolen lollipops, players need to go on an adventure to find Lina, who is hiding behind Fenny’s kitchen. However, in order to find Lina’s hiding place, the wanderers must first complete several quests to uncover her whereabouts.

How to start the “Stolen Lollipops” mission

The side mission of The Tower of Fantasy’s Stolen Lollipops begins after a conversation with a Lynx at the Astra Shelter, who will explain to the wanderers how he returned a package from Bunges for the upcoming holidays, but a bunch of brats stole a bunch of candy for themselves, and won’t tell him where they hid it. Lynx then asks the players to help find the stolen goods.

However, the wanderers will need to find Lily to help him, as she has important information about the whereabouts of the little thief.

Where to find Lily

Hiding behind a tree not far from the Lynx, Lily is suspicious of her approach. Since she thinks the wanderers are helping Lina win their hide-and-seek game, she refuses to answer any questions about Lina’s whereabouts in order to preserve her chances of winning half of the promised lollipops.

That’s if the players don’t want to offer her candy like Sugar Papers.

To gain her trust, collect five packages of Sugar Papers, which are green and red packages scattered throughout the shelter of Astra. Some Sugar Papers Offices:

Next to Layla, above the Container Around Niko, behind a small stone Next to a tree where Lily is hiding In a round room, on the stairs In front of pots with plants, outside of Plant Research

Lily will tell you about Lina’s whereabouts after receiving the Sugar Papers.

Where to find Lina

Once players learn Lina’s location from Lily, they will be able to find her hiding next to Fenny. Go to her and talk to a little girl who will panic when she hears that Mr. Lynx has lost some lollipops and will deny that she has ever seen them.

However, after comforting her and assuring her that Mr. Lynx would not suspect that she was behind the robbery of his stolen sweets, she would give up and give up the stolen lollipops.

To get all the Tower of Fantasy rewards for this side mission, go back to Lynx and give away all the collected candies. He will then assure the players that he won’t let the kids leave the next time they decide to steal his candy again.

How To Protect Your Twitch Account After The Latest Hack?