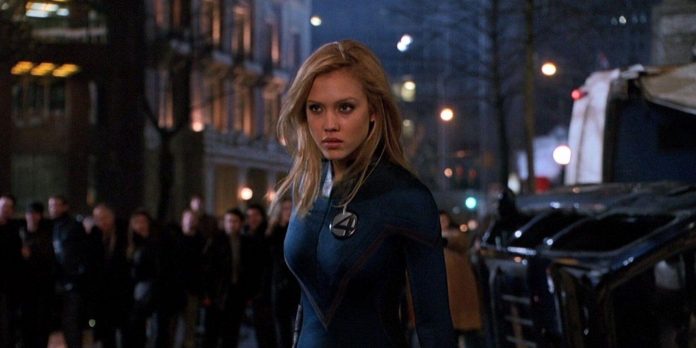 Jessica Alba, who played Sue Storm in the Fox “Fantastic Four” films, shared her thoughts about the lack of diversity in Marvel.

The Marvel cinematic universe has recently introduced more diverse heroes in new projects such as “Miss Marvel”, “Shang Chi and the Ten Rings”, “Black Panther”, “The Falcon and the Winter Soldier”. These projects brought a different light and stories that had not been in the MCU before. While Marvel Studios is making some changes to whose stories they want to portray on screen, that doesn’t excuse the past, and Alba, the Fantastic Four actress, makes that clear.

In a recent interview with Glamour UK, Alba recalled her past with Marvel. In 2005, Alba starred in the film “Fantastic Four” and called herself “one of the few (diverse characters) of that time.” She went on to tell Glamour UK that serious efforts had been made in the world of filmmaking and in the MCU itself, but she referred to the fact that now the state of the entertainment business is “still quite Caucasian.” The “Fantastic Four” actress also expressed the opinion that it is vital that people around the world see this world actively and accurately represented on the screen. “I just think more about young people who are growing up, who will become our future leaders, it’s important for them to see the world on screen or in stories, in dreams that we create as artists; it reflects the world they are in,” she said.

One of the most common problems that have arisen in the media over the past few decades is diversity on the screen. Many people of different skin color, height and economic status found that they were not represented when they looked at their favorite characters on the big and small screens. Although many large production companies are trying to bring more normality and diversity to their projects, they may still lack what their viewers need to feel involved. So Alba’s comments about diversity in Hollywood add to a broader conversation that continues to grow over the years. Despite the fact that Marvel is doing everything possible to give more representation, many viewers criticize the studio for being “fake awake” and acting performatively by choosing more ethnic characters on the big screen.

It’s hard to say whether Marvel Studios’ changes in its diversity from now until 2005 were the right reasons, and that question may never be answered. However, with the release of such blockbusters as “Black Panther”, “Shang Chi” and “Ten Rings”, young people of color can finally see themselves as heroic characters on the big screen, which certainly deserves applause. However, there is always room for more diversity and representation, so now Marvel Studios and other major production companies must bring this to their audience.

The Fantastic Four movies are now available on Disney Plus.

What is the Hawkeye pizza dog doing now? She’s living her...