Home Entertainment “Fantastic Four” may become the “movie event” of the next phases of... 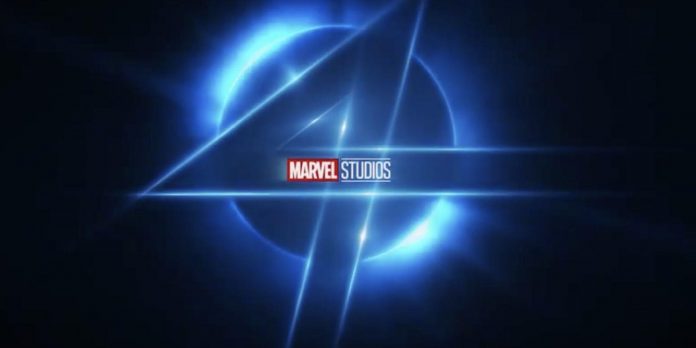 Despite all the thoughtful plot decisions, all the efforts of the screenwriters behind the scenes, and all the other competitors who tried and failed, the cinematic universe is just a marketing technique. It’s a series of tricks that combine films with different creative concepts to create one all-consuming brand, but it also raises a lot of new questions.

Of course, every Marvel movie is an event movie, but even by the inflated standards of the Marvel cinematic universe, some of them stand above the rest. There is always an upcoming project causing a stir, even before its name is announced to the public. And right now, this throne could be occupied by an unusual contender.

As fans know, we are currently experiencing the fourth phase of the Marvel cinematic universe. It started with WandaVision at the beginning of last year and will end with Black Panther: Wakanda Forever at the end of this year. At stage 5, several projects were announced, while at stage 6, only a few big names were revealed. The premiere of the first of them is “Fantastic Four”, which is due to be released in 2024. The cultural dialogue has changed over the years as the MCU has progressed, leaving the ability to see and adapt to the reaction of fans in a strange and interesting place. To see how the Fantastic Four might evolve in the future, it’s worth looking at the structure of films about the events of previous phases and how they changed the franchise as a whole.

Phase 1 was something of an experiment with the nascent concept of building the universe. Every movie was an origin story, every element was carefully thought out to be self-contained, and still weren’t sure if a big payoff would work. “The Avengers” became the moment that fans were waiting for with four years of history behind them and a sincere feeling that they were watching something they had never done before. To call it an event is to say nothing. It was both a performance of a deadly trick and a massive fireworks display celebrating its own existence. He set the tone of the universe as a whole and defined the basic format of the next two phases. Phase 2 followed the same basic model: solo films for returning champions, big debuts for newcomers and another fireworks display in the form of Age of Ultron. Phase 3 made the franchise shake up.

“Infinity War” and “The Finale” were not just the explosive finale of a decade of Marvel filmmaking, they became one of the most ambitious moments in modern cinema. The first big event film was a proof of concept, the second was a doubling of the bet, but the third changed the rules of the game. Phase 3 ended at the most important moment for the MCU, and there is no real way to repeat what they did. Three stages, three Avengers films as the finale. Anything that dares to follow the “Finale” faces a deadly uphill climb, so the smartest thing the franchise can do is make something else a headliner this time. An obvious candidate for this position would be one of the biggest mainstays of comics, to which Marvel did not have the rights when this project was just beginning.

Ever since Spider-Man: No Home director John Watts left the project, Marvel has been openly looking for new talent to lead the debut of the first Marvel family. While something like “Guardians of the Galaxy” was a passionate project by James Gunn, a director who brings a unique twist, “Fantastic Four” seems like something else. Previous event films followed the same general format, combining teams to confront an enemy that gradually appeared or was hinted at in previous films. Creating something completely new will shake up the franchise and ensure that comparisons with the big shows of the previous stage will be kept to a minimum. Moreover, the film “Fantastic Four” can become one of the biggest disclosures of the franchise’s characters.

Previous films about the events finally brought the heroes into conflict with the enemies that were created by their previous actions. Loki was a constant threat, given the new agency, Ultron was payback for Tony Stark’s pathos as a character, and Thanos quietly appeared in cameos back in 2012. The Fantastic Four could do the opposite by introducing one of the franchise’s new biggest villains. in the image of Victor von Doom. Fans already know that in the next Avengers double movie they will see them fight Kang the Conqueror, but Doom is kind of a central figure who can appear countless times in the MCU. This gives the franchise a chance to shatter expectations with its next big event movie.

As the years go by and the tricks become obsolete, the MCU has to adapt in order to survive. Let’s hope that those in charge of the franchise see ways in which they can stay relevant as it grows in the next few stages.

George Clooney justifies his absence as Batman in The Flash “for...

Is Rihanna Pregnant From ASAP Rocky? These Clues Sparked The Rumors